Stan Wawrinka sets Kei Nishikori showdown, while Rafael Nadal will face Frances Tiafoe in the round of 16 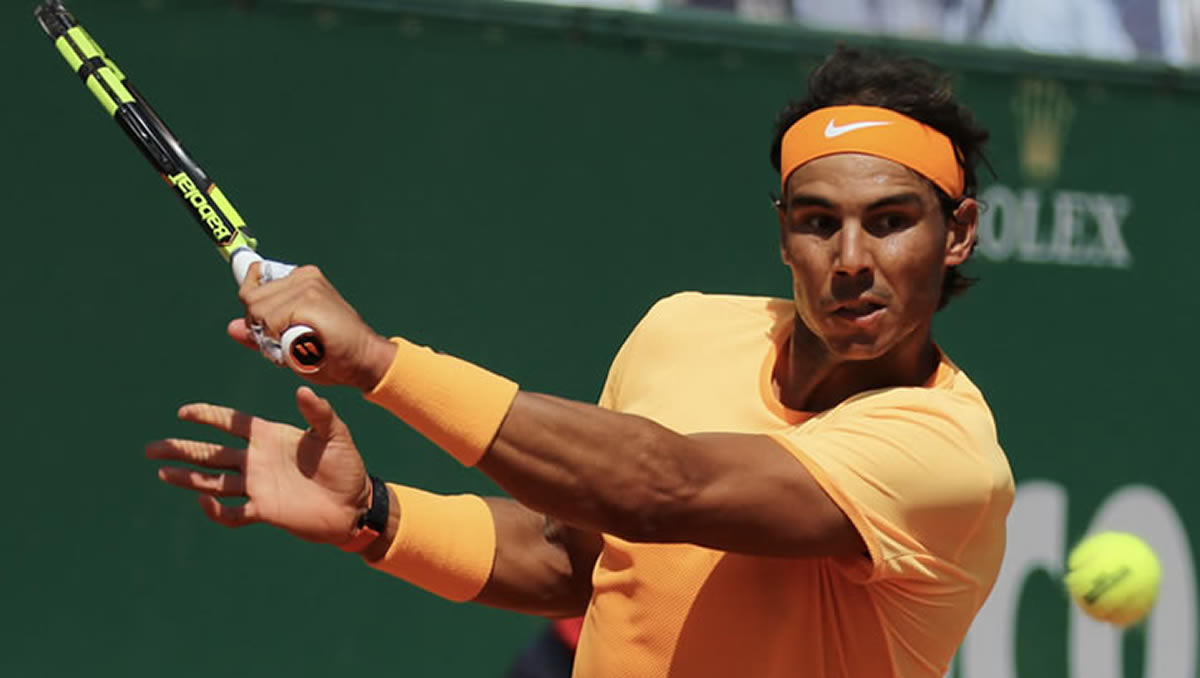 It was time for the original 56 to be whittled down to the final 16 in the men’s draw at Madrid’s Magic Box.

Top seed Novak Djokovic and No4 seed Roger Federer were already through with very little trouble, and one step closer to a first-ever contest at the prestigious Spanish Masters tournament. Djokovic celebrated his 250th week as No1 with victory over qualifier Taylor Fritz, 6-4, 6-2, three weeks after beating the same man in Monte-Carlo.

Federer, playing his first clay match in three years, took only 52 minutes to beat Richard Gasquet, 6-2, 6-3, though the Frenchman was playing in only his second tour-level match of the year after undergoing groin surgery in January.

Now it was the turn of some more big names to try to join them in Round 3, among them a clutch of other players who were making their return from absence, from injury, from uncertain form.

Key among those names and in the Djokovic quarter was two-time Madrid semi-finalist, Juan Martin del Potro, still No8 in the world despite playing just three matches in one tournament, Delray Beach in February, since cracking his patella at the Shanghai Masters last October.

He opened against a tough unseeded opponent in Laslo Djere, who won his first title at the Rio Open this spring, and went on to make the semis in Sao Paulo and Budapest to break the top 30 from a ranking outside 100 a year ago. And that was after losing his father to cancer at the end of 2018, six years after losing his mother to the same disease.

Djere is a poised, smooth mover on clay, and with plenty of tactical nous. So Del Potro faced trouble early, a break point in the second game. Djere used plenty of sliced returns to keep the ball low and challenge the tall Argentine’s knees and movement.

But del Potro held on, only to face 0-40 in the sixth game as the Serbian swept a wonderful forehand from outside the court past the big man. And at the second attempt, Djere got the break, 4-2, and went on to serve out the set to love, 6-3, and with a tally of nine winners to seven errors. Del Potro was yet to strike the same balance, making twice as many errors as winners. He would have to up his aggressive game, get his forehand working, and strike his serve to greater effect.

He began the second set in just that way, a love hold with only his third ace of the match so far. The intent was clear from the roar that accompanied a run of forehand winners, and he got his chance in the fourth game, converting a break point at the net, 3-1, and breaking again for the set 6-2.

It was neck and neck through the third right up to the point where Djere served to save the match, 4-5, and he faced break point—match-point. But he saved it with a courageous move to the net and a backhand pass, and held with another net attack and volley winner.

With the match poised at 5-5, they had 89 points each, and now Djere would go on the offensive to create a break chance of his own. He pulled del Potro side to side and finally drew the error for his own chance to serve out the match. And he did so with aplomb, with his 36th winner, to seal the deal, 7-5, after almost two and a half hours.

So the biggest seed in the Djokovic quarter has gone: Del Potro is perhaps still lacking the stamina to pull off long contests against fit opponents. The good sign for the Argentine’s many fans, however, is that his movement looked good. The rest will come.

Meanwhile, the ever improving Djere will now meet another seed who has suffered injury and poor results this year, No9 seed Marin Cilic. The Croat had scored just one match-win since reaching the fourth round of the Australian Open until this week, where he came through two back-to-back three-set tests to reach the third round.

Other exits in this packed quarter of the draw came from Diego Schwartzman, who lost in short order to Frenchman, Jeremy Chardy, 6-1, 6-2, who will now meet the top seed.

In the other top-half quarter headed by Federer, No5 seed Dominic Thiem came through courtesy of a third-set retirement by qualifier Reilly Opelka.

The Austrian, one of the favourites for the title after beating Federer in the Indian Wells final, and beating 11-time champion Rafael Nadal en route to the Barcelona title, has also been runner-up in Madrid for the last two years. He could set a rematch with Federer in the quarters, but before that, the Swiss faces the formidable Gael Monfils, who has also contended with plenty of injury problems over the years.

However, his form since early spring has been a reminder of the dazzling tennis he can produce—he is, after all, a former No6—and the Rotterdam title contributed to the 18-4 run he brings to the third round and Federer.

Monfils has, incidentally, beaten the Swiss in two of their last three matches, and he looked impressive in taking out Andreas Seppi and Marton Fucsovics this week.

In the bottom half of the draw, there had been signs that Madrid’s most prolific champion, No2 seed Nadal, was not yet at his supreme clay best. Nadal has never missed this tournament, and only three times in a 12-year run has he fallen short of the finals, winning four times on the red clay. Yet his tally of 57 clay titles had stalled so far this season, with semi losses to Fabio Fognini and Thiem in his Monte-Carlo and Barcelona strongholds.

Nadal had also picked up a stomach virus in Madrid, so as he pursued his 50th match-win in his home Masters, there were no certainties, especially as he faced one of the brightest and best prospects of the next generation in 18-year-old Felix Auger-Aliassime.

The talented young Canadian reached the final in Rio and then impressed again with a semi run at the Miami Masters. But in the event, the packed centre court at the Magic Box would brook no upsets, and after a closely contested start to the first set, the Nadal power and spin began to find their range and he broke for a 5-3 lead.

Even the blustery wind could not hold off the home hero: He served out the set, 6-3, after 40 minutes, and got an immediate break in the second set.

In this first meeting for Auger-Aliassime, it was a steep learning curve as the Nadal forehand and touch around the net kept the Canadian on the move and behind the baseline, and the errors flowed. He had 30 by the end of the match, and despite a gutsy break back at 5-2 down, the Canadian had to bow to the inevitable, a 6-3 conclusion after an hour and 37 minutes.

Nadal’s quarter of the draw has opened up nicely, with No12 seed Daniil Medvedev and No14 seed Nikoloz Basilashvili losing in the first round. The Spaniard will therefore next play Frances Tiafoe, who beat Philipp Kohlschreiber, 6-4, 3-6, 6-3.

However, Nadal’s scheduled quarter-final opponent, Kei Nishikori, came through a test against qualifier Hugo Dellien, 7-5, 7-5, and will next play former Madrid finalist Stan Wawrinka. The Swiss is another man who has found the return from injury—in his case, double knee surgery—a long, hard road, but his win, 6-3, 6-4, over the in-form Guido Pella will be a big confidence boost as the challenges mount up.