Briton Draper takes Rublev to three sets; Five of the top eight seeds, including Nadal, yet to play as schedule closes up 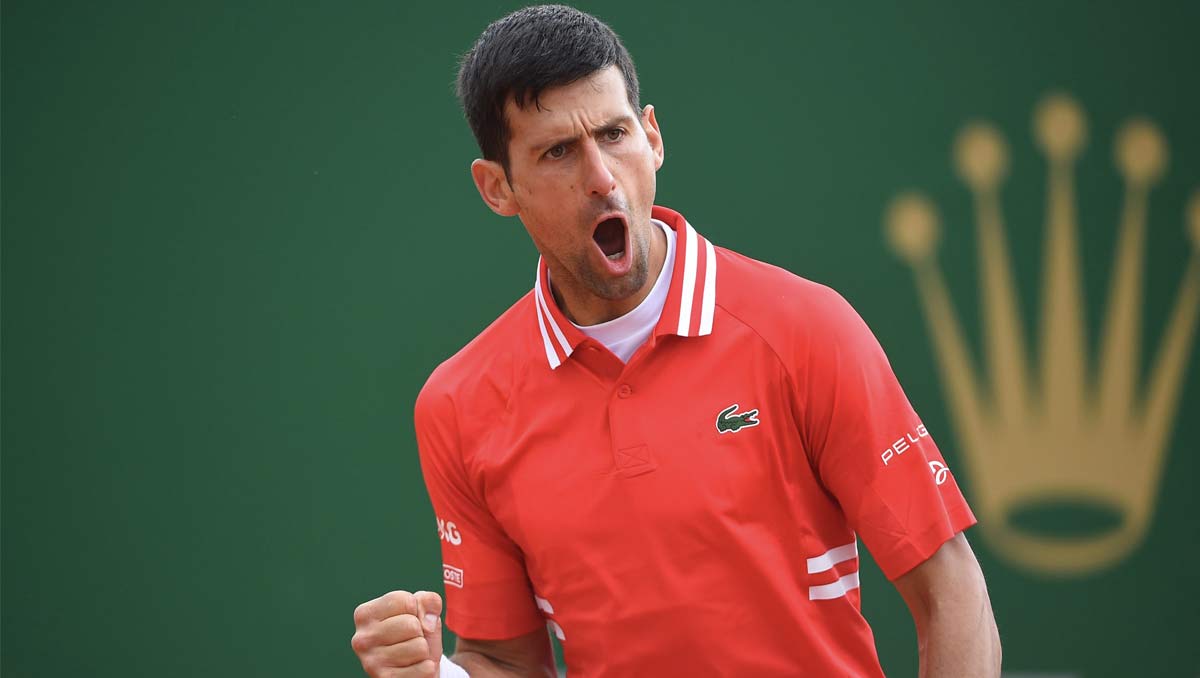 The Madrid Open is one of the tour’s biggest stops, with 64 women and 56 men playing for some of the season’s most rewarding prizes. But while all the women play Round 1, the top eight seeds in the ATP draw enjoy byes to Round 2, so the fans at the Caja Magica had to be patient.

Finally, on Tuesday, the first of the big ATP names switched from practice courts to show courts, though it was just three of them. The remaining five, including the likes of home favourite Rafael Nadal, No2 seed and defending champion Alexander Zverev, and the No4 seed and Monte-Carlo champion, Stefanos Tsitsipas, had to wait yet another day.

Last but by no means least of the three men’s stars was the young teenage Spaniard, Carlos Alcaraz, who had surged up the ranks from 120 at his first appearance in Madrid a year ago to inside the top 10. He had so far this year won the Miami Masters, Rio and Barcelona, breaking assorted records along the way as he tracked fellow Spaniard Nadal’s age-related milestones.

Alcaraz would turn 19 this Thursday, but there was work to be done before that as he targeted his 24th match-win of the year against Nikoloz Basilashvili. Indeed the route through the few remaining days in Madrid would be a serious test of stamina and concentration for all the top eight seeds, and none more so than Alcaraz. He could meet Cameron Norrie in the third round, Nadal himself in the quarters, with top-seed Djokovic scheduled for the semis.

One thing was not in doubt: the Caja Magica would be rocking every time this exuberant young player took to court.

Another man to draw the crowds was world No1 and three-time Madrid champion, Novak Djokovic. Now up to a still-growing record of 368 weeks as No1, he needed to reach at least the third round to stay at the top. In his way was Gael Monfils, an old adversary who was unseeded at a ranking of 21. Seventeen times they had met, dating back to a five-set thriller at the US Open in 2005; and 17 times Djokovic had won.

Should Monfils break his duck—and he had only once reached the quarters in Madrid since its move to clay in 2009—the absent Daniil Medvedev would rise to No1.

However, the first big seed to appear on a humid, overcast Tuesday was Andrey Rublev, who claimed his third title of the year in Belgrade, where he beat Djokovic in the final. The Russian had also reached two Masters finals last year, but was yet to join the elite club of Masters champions.

He took on, in 20-year-old Briton Jack Draper, a young man on the up, who stood at a career-high 121 after his impressive transition from junior to senior tours. As a former junior runner-up at Wimbledon, he impressed in his first Major senior match last June by taking the first set off Djokovic. He won his first Masters match against Gilles Simon in Miami in March, and garnered no fewer than four Challenger titles to earn a wild card into his first clay Masters in Madrid.

His impressive rise did not stop: He beat the 28-ranked Lorenzo Sonego, a solid clay player, in the first round, but now had to step up a level if he was to score his first top-10 win.

And Draper played a storming first set, opening with a love hold and breaking, 2-0. He went on to break again, converting at the fourth time of asking in a marathon effort, and took the set, 6-2.

In the second, it was Rublev, now adjusting to the big-strike leftie game of Draper, who broke first in another long game, and although Draper had a look at break-back points, he went down 0-2.

More break chances materialised, and Draper levelled at 3-3, but serving at 4-4, he came under huge pressure again, as Rublev began to open up the court with his cross-court forehand, and finished with his signature winner down the line—a successful play that got the break, and then the set, 6-4.

The tall Briton started the third set as he had the first, a love hold, and then a break, 2-0. He was in danger of conceding the advantage in yet another marathon battle, but consolidated for 3-0.

However, Rublev was cranking up the volume on serve and forehand, a sure sign that his effort-level was also rising. So, come the fourth game, Draper again faced break-back points, conceding to love. But from there, they edged to the business end of the match on serve, and Draper held strongly with an ace, 5-4: Rublev was the first to serve to stay in the match.

He did so confidently, to love, and Draper began to leak errors on key points, with wayward serves and forehands struck wide. He showed great resilience to save two break points, but Rublev’s forehand was now flowing, and the Russian finally broke to serve for the match. And after two hours 20 minutes, he served it out to love, 7-5,

Rublev could play another Briton in the third round but first, Dan Evans would have to face the resilient Spaniard, Roberto Bautista Agut, seeded 17 after the withdrawal of Taylor Fritz. Rublev could sit back and watch it unfold on his own day off.

Madrid had threatened rain, and it decided to come in the fifth game between Djokovic and Monfils. The Frenchman had failed to make the most of two break points in the second game, and they were poised at 2-2, 40-40, on the Djokovic serve when forced to leave the court to close the roof.

A chance, then, for an initially nervy Djokovic to step back and review the match with his coach before they returned half an hour later. It worked: the Serb held, broke for 4-2, and went on to serve out the set, 6-3.

In the second set, there were again opportunities but Monfils was piling up the forehand errors. Djokovic hammered home his dominance with a break to love in the third game, and then came through a deuce to hold for 3-1.

He was soon in cruise control, breaking again for a 5-2 lead. Monfils mounted one final assault, but again could not convert his break chances, and Djokovic went on to claim a record 18th win over the Frenchman, 6-2. No-one has notched up such a singular record against an opponent in the Open era.

It also assured the Serb of another week as No1, with the tantalising prospect of his first match with fellow former champion Andy Murray in over five years.

Murray first had to beat No14 seed Denis Shapovalov in the last night match on Arantxa Sanchez court—a tall order for a man who had not won back-to-back matches since January.