Malaysian Grand Prix 2013: Kimi Raikkonen insists it is "business as usual" for Lotus in the build-up to Sunday's race at Sepang 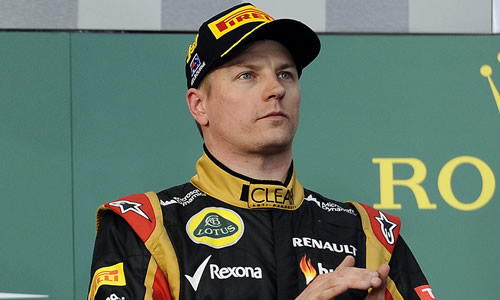 Kimi Raikkonen insists it is business as usual for Lotus in the build-up to Sunday’s Malaysian Grand Prix despite his triumph last weekend in Melbourne.

The 33-year-old pipped Ferrari’s Fernando Alonso and defending world champion Sebastian Vettel to victory at the season-opening Australian Grand Prix as he laid down a marker for the rest of the season.

But the Finn is adamant that last weekend’s victory has not affected his team’s preparations for Sunday’s race at the Sepang International Circuit.

“There’s no target,” said Raikkonen. “We don’t do anything different this weekend than we did in the previous race or last year.

“If people think that we are leaders, it makes no difference to our work, what we did or what we’re going to do this weekend or any other weekend. We try to do best and hopefully we can score some good points.”

Raikkonen also said that he does not know whether the hot, humid conditions Sepang is notorious for will work in Lotus’ favour.

“We don’t know yet,” he continued. “Last year we were pretty good when it was hot and actually it was better for us, but obviously we haven’t run in this kind of conditions and the winter has been very cold, so I have no idea.

“But if it’s anything like it was last year we should be pretty OK, but we have to wait and see how it goes.”

The 2007 world champion admits that he does not enjoy the extreme conditions in Malaysia but is a fan of the circuit itself.

“It’s not really any special place,” he added. “I don’t enjoy the heat and the humidity of the place but the circuit is nice so, we know how it’s going to be more or less here.

“It usually gives a good race and that’s the main thing. Hopefully we can have another good weekend and score good points.”