McLaren are confident that they will be half-a-second per lap quicker in Malaysia, says Ron Dennis 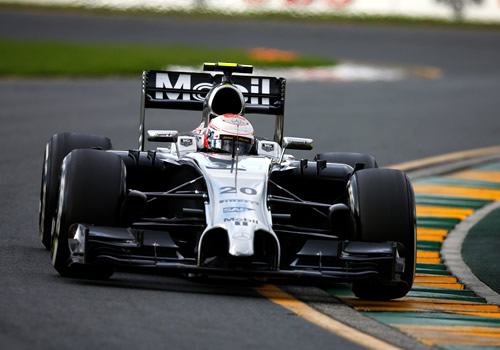 Ron Dennis has claimed that McLaren are confident that they will be half-a-second per lap quicker in Malaysia than in the season-opening Australian Grand Prix.

And with McLaren now leading the constructors’ championship, Dennis is hoping to see an improvement in Malaysia at the end of the month.

“What we intend to be as fast as possible is a winning grand prix team, and if you’re not winning then you’re not where you want to be,” Dennis is quoted as saying by www.crash.net.

“So the question is how do we catch up and how fast can we do it? What steps have to be taken?

“But I’m very pleased with the changes that have been made over the last couple of months and the outcome I think is very positive, so let’s see where we are in a month or two.

“These intercontinental races limit how fast you can develop the car, but nevertheless we’re going to give it our best shot. We’re confident that we will be half a second quicker at the next grand prix for a variety of reasons.

“That’s not going to be enough to achieve our goal but that will keep the pressure on the teams that are chasing us.”