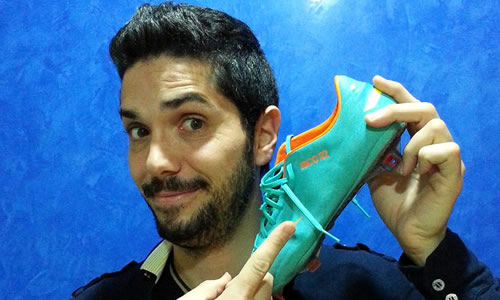 The 21-year-old is a target for both Manchester City and Madrid, and the La Liga runners-up were reported to have won the battle to sign the playmaker over the weekend.

It has been reported the Spain Under-21 international will pen a five-year deal at the Bernabeu after Real Madrid agreed to pay Málaga £25.5m for the former Villarreal midfielder.

And Ramos believes Isco’s arrival would strengthen the Madrid squad.

“Isco is a great player and anything Madrid does to strengthen with the squad with players of the highest level is always something to be happy about,” Ramos told Spanish radio station Onda Cero.

Isco, who scored eight La Liga goals last season, was part of Spain’s side which won the European Under-21 championship courtesy of a 4-2 victory over Italy in the final.

And Isco’s Spain team-mates, Álvaro Morata, Dani Carvajal and Nacho, have all urged the playmaker to join them at Los Blancos and ignore interest from City boss Manuel Pellegrini.

Morata told AS English: “I have been pressuring him and I’ve told him that Madrid is the best club in the world.”