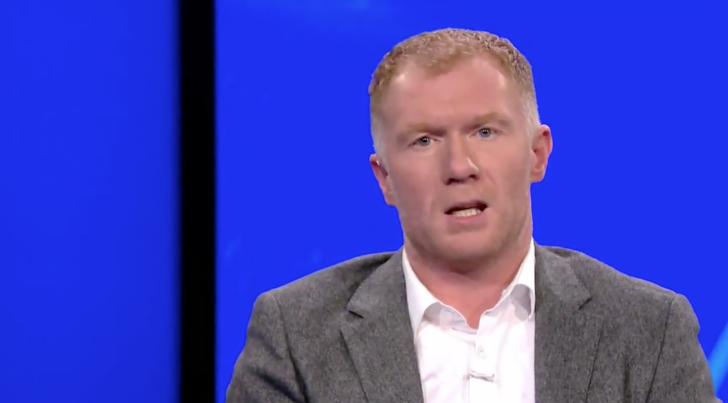 Paul Scholes described Juventus as a “class above” Manchester United after the Italian side were 1-0 winners at Old Trafford in the Champions League on Tuesday night.

The Red Devils were looking to secure a big win on a special European night at Old Trafford, but the evening started off on a sour note when the Manchester United coach was caught in traffic and late for the second successive Champions League fixture.

Cristiano Ronaldo, who moved to Juventus in the summer, returned to Manchester United for the second time since his move £80m move to La Liga giants Real Madrid in the 2009 summer transfer window.

While the Portugal international didn’t get on the score sheet, Ronaldo teed up Paulo Dybala to score a first-half winner after his cross was deflected into the Argentine forward’s path.

Juventus had 67 per cent possession in the opening 45 minutes at Old Trafford as the Serie A side had eight attempts on target in comparison to Manchester United’s sole shot on goal.

However, Manchester United did improve in the second half and Paul Pogba hit the woodwork in their best chance to score an equaliser.

Former England star Scholes, who has been an outspoken critic of Mourinho and his squad in recent months, delivered his blunt verdict on their performance in Manchester United’s 1-0 loss to Juve.

“They look like a side that’s been playing together for a while, they were a class above United,” Scholes told BT Sport.

“The sad thing is there looks to be an acceptance of these performances, not just from the fans but the players as well. Juventus look like a team who can go on and win the Champions League.”

Manchester United are in second place in the Champions League group and a point above Valencia after the Spanish side were held to a draw with Young Boys in the other fixture.

The Red Devils will face the daunting trip to Turin in their next European fixture as Manchester United look to end Juve’s unbeaten start to the Champions League season.

Mourinho’s side attempted 349 passes during their 1-0 loss to Juve, while the Italian side made 600 successful passes.