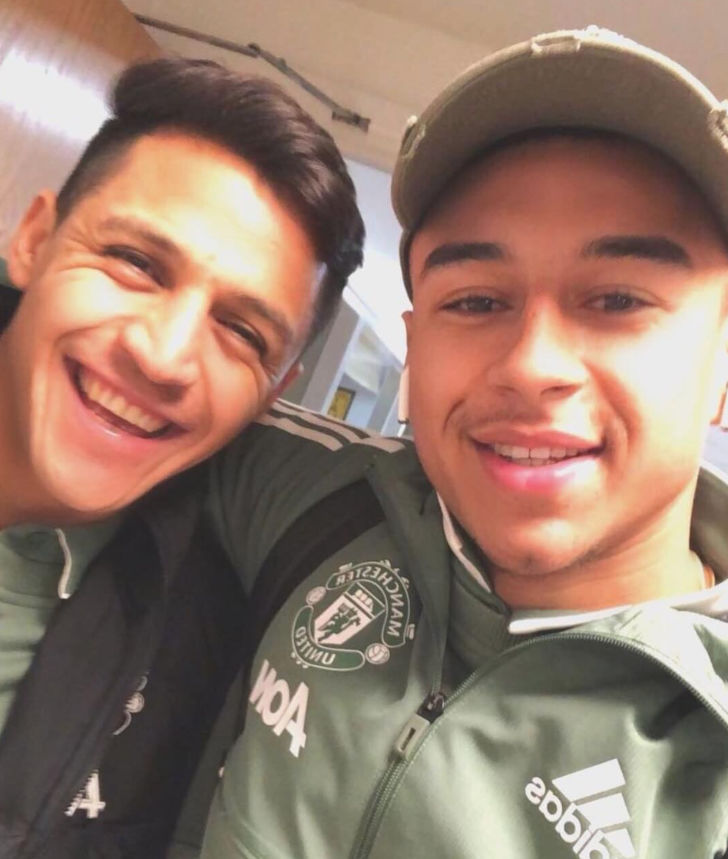 The Chile international moved to the Red Devils in a swap deal from Arsenal in the January transfer window to end speculation surrounding his future at The Emirates.

Sanchez was handed the club’s prestigious number seven shirt after the South American signed a lucrative long-term contract with the 20-time English champions.

The 29-year-old made two assists on his Manchester United debut in a 4-0 win against League Two side Yeovil Town in the FA Cup third round last month.

Sanchez opened his Red Devils account with a goal from the penalty spot in Manchester United’s 2-0 win over Huddersfield Town at Old Trafford in the Premier League on Saturday afternoon.

Belgian forward Lukaku broke the deadlock against the Terriers to get the Red Devils on their way towards three points following their mid-week setback against Tottenham Hotspur at Wembley.

And Lukaku felt that Sanchez was destined to play for Manchester United following his January move.

“He [Sanchez] is a Manchester United player – he was destined to play here,” Lukaku told Sky Sports. “He deserves to be on the big stage. It was something he wanted as well.

“He has a lot of experience after playing for Barcelona and Arsenal. I admire the quality he has on the ball, but especially his will to win. People were criticising him for being moody, but he is not like that. He is a just a winner”

However, the South American was powerless to prevent Manchester United from losing 2-0 to Tottenham in the English capital on Wednesday night.

Paul Merson predicts where Arsenal FC will finish this season