The Portugal international continued his bright start to life back at Old Trafford when he scored the opener just before half-time for Ole Gunnar Solskjaer’s men in north London.

Ronaldo was on hand to drill home a first-time finish from Bruno Fernandes’ clipped pass in the 39th minute as he notched up his fourth Premier League goal of the season against the Lilywhites.

The Portugal star then provided the assist for Edinson Cavani to make it 2-0 in the 64th minuted with a fine pass to set up the Uruguayan forward.

Substitute Marcus Rashford then made it 3-0 to the visitors with a superb finish in the 86th minute as he scored his third goal in four games this season.

Former England and Leicester City star Lineker was quick to take to Twitter after Ronaldo’s opener to praise the forward for his excellent finish.

Posting after Cavani’s goal to make it 2-0, Lineker added in a separate tweet: “A front 2 of 70 years between them for @ManUtd showing how it’s done. Who said you’ll win nothing with old fogies?”

And after Rashford’s strike, Lineker posted: “Lovely finish from @MarcusRashford and secures an easy win. Ole’s back at the wheel.” 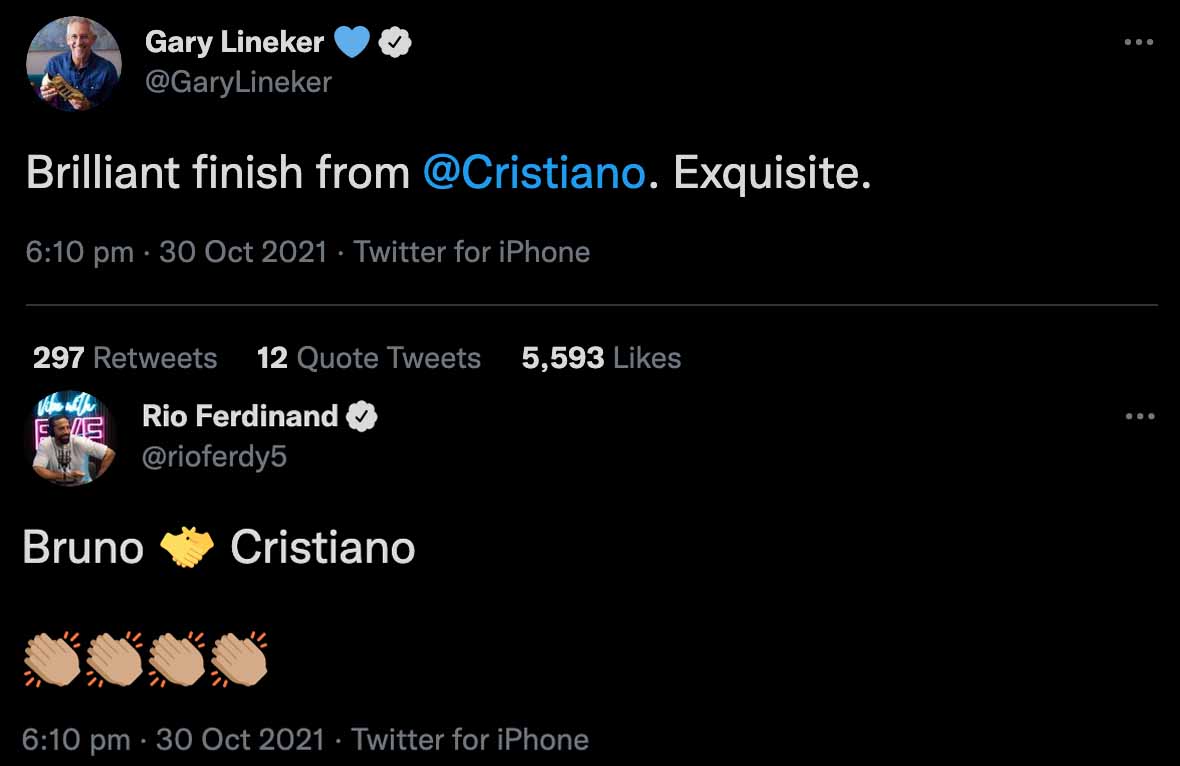 The 36-year-old has now netted seven goals since his return to Manchester United from Juventus in the summer transfer window.

Next up for Manchester United is a trip to Atalanta in the Champions League on Tuesday night, before a crunch derby showdown with Manchester City at The Etihad next Saturday lunchtime.