Mata’s situation at Old Trafford had become a source of speculation as the clock ticked down on his contract with the Red Devils.

The Spanish playmaker had been linked with a potential move away from the club but the 33-year-old has now put pen to paper on a new deal to keep him at the club until the summer of 2022.

Mata, who signed for Manchester United from Chelsea FC in January 2014, has scored 51 goals in 273 appearances for the Red Devils in all competitions.

The midfielder will now be hoping to be involved in a Premier League title challenge next season as the Red Devils look to claim the trophy for the first time since 2013.

Portuguese playmaker Fernandes took to social media on Friday to reveal his delight at seeing Mata commit himself to the Red Devils for another year and also poke fun at the Spaniard.

Fernandes wrote on Twitter: “I guess I’ll have to wait for the number 8 another year…

“Congrats brother!! Well deserved! An example and an inspiration on and off the pitch.” 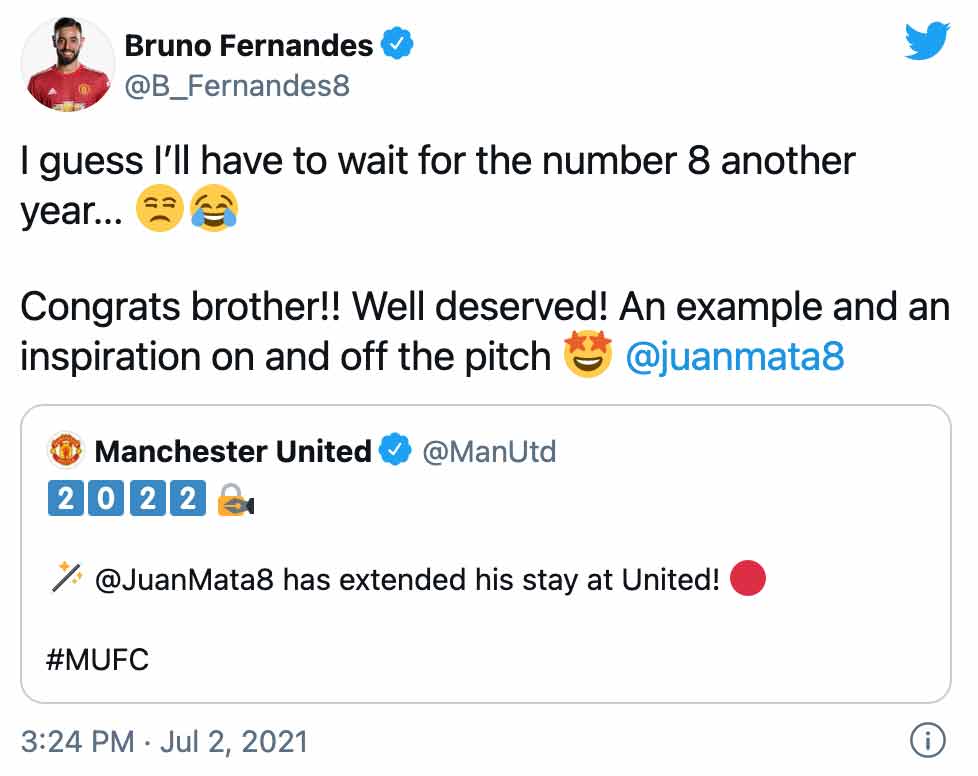 Mata will be hoping for some more first-team action next season after he was limited to just 18 appearances in all competitions and six starts in the Premier League.