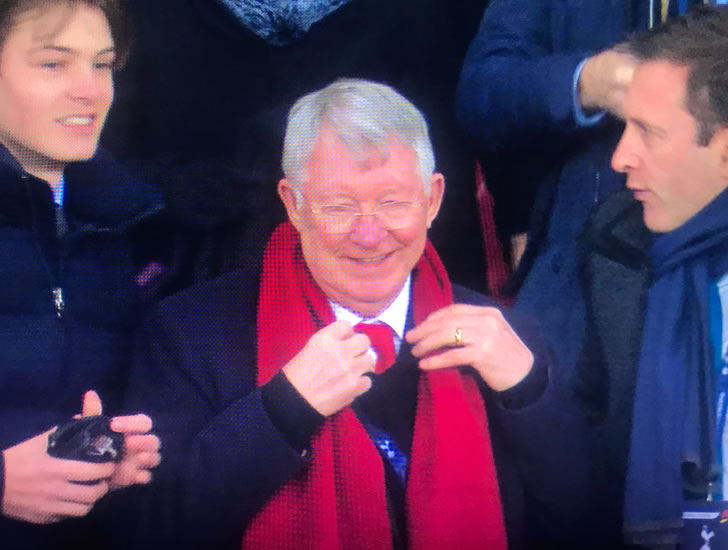 Sir Alex Ferguson looked to be in high spirits as he enjoyed watching Manchester United claim an impressive 1-0 win over Tottenham at Wembley on Sunday.

The Red Devils continued their fine start to life under Ole Gunnar Solskjaer as Marcus Rashford scored the only goal of the game in the 44th minute at Wembley.

The England striker collected Paul Pogba’s fine pass and fired home past Hugo Lloris to net the eventual winner for the Red Devils.

The win was Manchester United’s sixth in a row under their interim boss since his appointment at Old Trafford back in December.

And former Manchester United manager Ferguson was pictured smiling in the stands after Sunday’s victory at Wembley.

Meanwhile, Manchester United striker Rashford, who has netted seven goals in the Premier League this season, admitted that the Red Devils were made to work hard for the three points.

Speaking in an interview with Sky Sports after the game, Rashford said: “That’s the most difficult game, the hardest we have had to work for a result [under Solskjaer] but we put the work in. It doesn’t matter, we got the points.

“It’s a good responsibility to be the main striker but everyone has chipped in. It was the keeper today.”

Manchester United’s win left the Red Devils in sixth place in the Premier League table but level on points with Arsenal, who lost to West Ham on Saturday.

The Red Devils will return to Premier League action on Saturday when they host Brighton and Hove Albion at Old Trafford.