Gary Lineker took to social media to single out Edinson Cavani for special praise after he netted in Manchester United’s 3-3 draw with Everton on Saturday night.

Cavani scored the opener for the Red Devils in the 24th minute at Old Trafford when he intelligently gave himself the space to finish inside the box.

Bruno Fernandes and Scott McTominay also got on the score-sheet for the home side but the Red Devils were pegged back on every occasion by the Toffees as they ended up having to settle for a point.

Cavani, 33, has now scored six goals and made two assists in the Premier League since his move to Manchester United on a free transfer from PSG in the summer.

And former England striker Lineker was very impressed by the way the Uruguay international fired Manchester United into the lead on Saturday night.

Posting on Twitter after Cavani’s opener, Lineker wrote: “Another illustration from Cavani of how to find space in a relatively crowded area.

“Guess where you think the ball will go, attack that space before the pass/cross is made and if the ball goes in that area, you’ve got a great chance to score. Surprising how few strikers get it.” 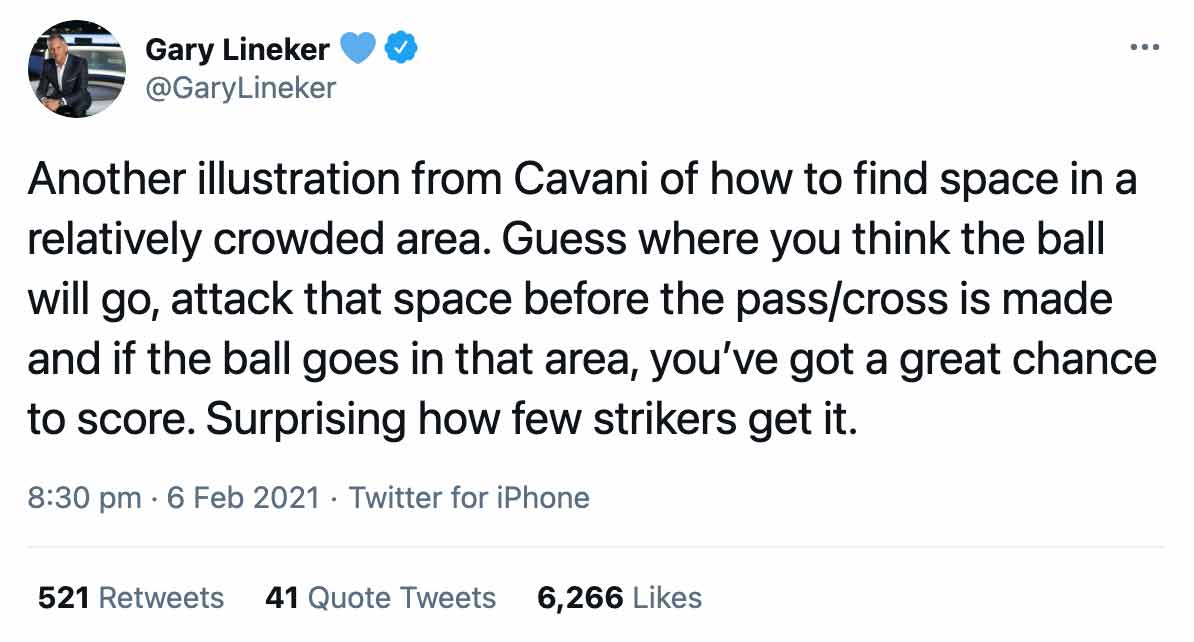 Manchester United will attempt to get back to winning ways when they take on West Ham United in the fifth round of the FA Cup on Tuesday night.

After that, the Red Devils will face West Bromwich Albion away from home on Sunday 14 February.