Garth Crooks: What excites me about Man United star, he’s getting better every game 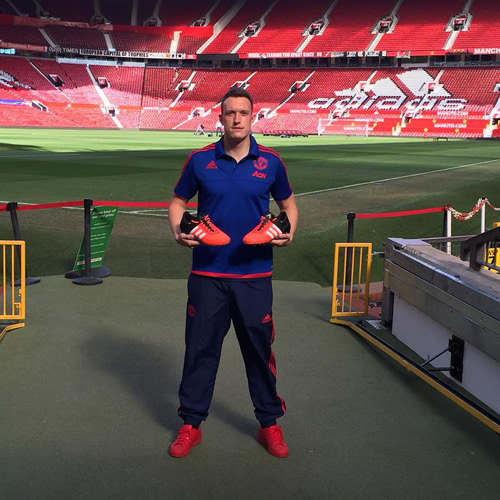 Garth Crooks admits he is excited to watch Phil Jones’ progress in the Manchester United team under Jose Mourinho this season.

The Red Devils defender has been ever-present in the Manchester United team this term after forging an impressive partnership with Eric Bailly.

Jones and Bailly kept six clean sheets in their opening seven Premier League games but the Ivory Coast international was sidelined for Saturday’s trip to Anfield.

The England international was partnered alongside his compatriot Chris Smalling for their goalless draw with bitter rivals Liverpool in the Premier League.

Former Spurs legend Crooks has opened up about his excitement at watching Jones continue to improve in the Manchester United defence.

“However, what is exciting me is watching Phil Jones getting better with every game,” Crooks told BBC Sport.

“The England defender made a couple of first-class decisions in the first half, on the edge of United’s penalty area, when he refused to take the bait and make an inappropriate challenge. Instead, he stood up and gave the striker the problem by refusing to commit himself.”

Manchester United ended up in sixth place in the Premier League table last season but won the EFL Cup and the Europa League.

Only David De Gea, Romelu Lukaku, Nemanja Matic and Antonio Valencia have played the full quota of 720 minutes in the Premier League this term.

The Red Devils are in second place in the Premier League but two points behind current leaders Manchester City.