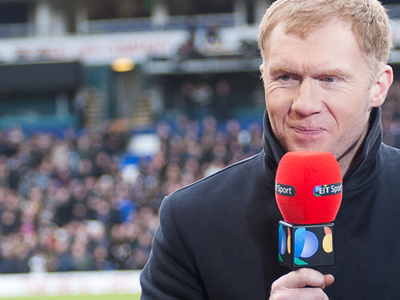 The Red Devils boss addressed the issue in his post-match media conference at Old Trafford on Saturday afternoon after Lukaku fired another blank during a 1-0 victory over Tottenham Hotspur.

The 24-year-old centre-forward hasn’t scored a goal since finding the net in a 4-0 victory over Crystal Palace on 30 September.

Lukaku hasn’t found the net in his last six appearances in all competitions to prompt questions of the Manchester United striker following his £75m move to Old Trafford from Everton in the summer.

Mourinho talked up his “unbelievable” Belgian forward following their 1-0 win against Spurs but made the decision to give spot-kick duties to Daley Blind ahead of Lukaku for Tuesday night’s 2-0 victory over Benfica.

Manchester United legend Scholes felt Mourinho has thrown Lukaku’s goal drought into the Premier League consciousness with his defence of the summer signing.

“His manager brought attention to it on Saturday when he didn’t need to.

“If Jose hadn’t brought it to everyone’s attention, it wouldn’t have been mentioned as much. He is still contributing to the team.”

Manchester United will make the trip to defending Premier League champions Chelsea in their next Premier League game at Stamford Bridge on Sunday evening.

Frank Lampard opens up about Chelsea issues under Antonio Conte