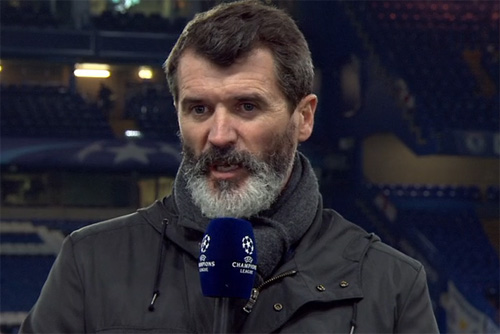 Svilar became the youngest-ever goalkeeper to feature in Europe’s premier club competition at the tender age of 18 after he was handed his Benfica debut for the visit of the three-time champions.

Svilar initially managed to catch Rashford’s free-kick before the Benfica shot stopper inadvertently carried the ball over his line to help Manchester United make the breakthrough.

The Red Devils showed their sporting side following the 1-0 win when Romelu Lukaku and Nemanja Matic moved to comfort Svilar as the Benfica debutant digested his mistake.

Keane was a ruthless operator during his distinguished Manchester United career, but the retired Red Devils captain showed a softer side in his analysis of the moment of sportsmanship at the final whistle.

“That was really nice to see after the game,” Keane told ITV Sport.

“Really sad [that it happened]. They were lovely touches.

“He’s a young lad, he’s learning his trade and unfortunately sometimes you have to learn the hard way by making big mistakes in big moments.

“But that was a lovely touch by the United lads – really nice to see.”

Manchester United are sitting on nine points at the top of Champions League Group A and three points clear of their closest challengers Basel.

Antonio Conte: What I really think about Jose Mourinho at Man United