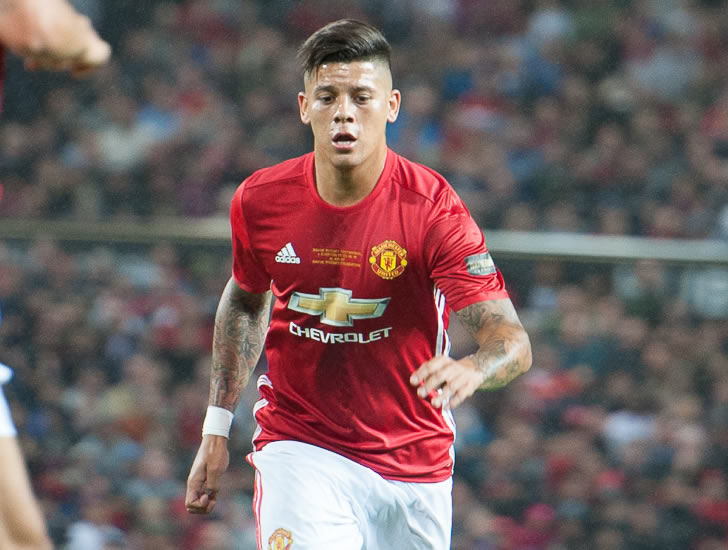 Jose Mourinho has revealed that Marcos Rojo is around two weeks from being ready to feature for Manchester United again this season.

The Argentina international has not featured for Manchester United since suffering a knee ligament tear back in April while in Europa League action for the Red Devils.

The 27-year-old defender has been working hard on his fitness levels in recent weeks as he looks to try and break back into the first team following his long injury lay-off.

He has been training with the Red Devils in recent weeks and Mourinho has now confirmed that Rojo should be back available for selection again in about two weeks’ time.

Speaking at his pre-match news conference on Tuesday evening, Mourinho said: “Rojo is not coming to play but he is coming with the team to train with the group.

“I would say probably in two weeks Marcos is ready to play.”

If Rojo is indeed back fit in two weeks’ time, he should then be ready for Manchester United’s crunch Premier League clash against Chelsea at Stamford Bridge on 5 November.

The Red Devils are currently second in the Premier League table and two points behind early leaders Manchester City.

Manchester United, who finished sixth but won the Europa League and League Cup last term, return to Premier League action this weekend with a trip to face newly-promoted Huddersfield.