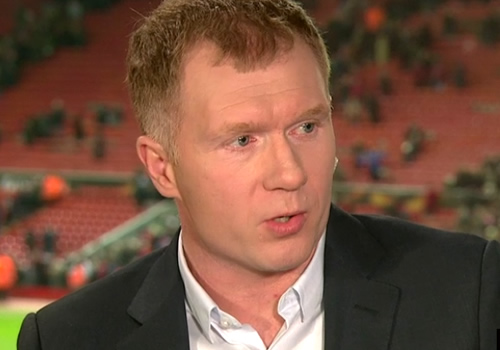 Paul Scholes believes that Manchester United have a great chance of winning the FA Cup title this season under Jose Mourinho.

The Red Devils booked their place in the quarter-finals of the FA Cup on Saturday night with a 2-0 victory at Huddersfield Town.

Mourinho led Manchester United to both the Europa League and League Cup titles in his first campaign at Old Trafford last season after they finished in sixth place in the Premier League table.

The Portuguese coach is now preparing his side for the first leg of their Champions League last 16 clash against Sevilla in Spain on Wednesday night.

And former Manchester United midfielder Scholes believes that it would be wise for the Red Devils to take the FA Cup seriously this season.

Speaking to BT Sport on Saturday, Scholes said: “I think they’ve got a chance [of winning the FA Cup].

“Obviously the big teams are still in it, City, Tottenham… it’s a great chance to win some silverware.

“They won the two trophies last year and this would be a step up if they can get to the FA Cup final and win it.”

Manchester United, who finished in sixth place last season, won the FA Cup under Louis van Gaal in 2016 before the Dutch coach was sacked and replaced by Mourinho.

The Red Devils currently find themselves in second place in the Premier League table as they look to try and at least finish in the top four in Mourinho’s second campaign in charge at Old Trafford.