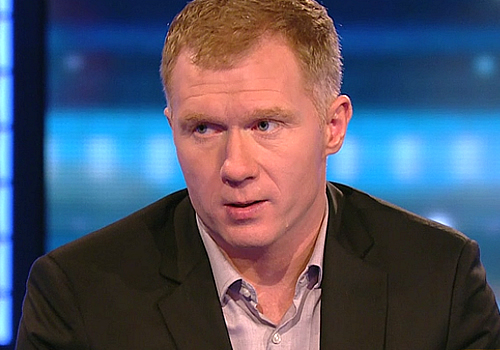 Paul Scholes has insisted that he has been impressed by Romelu Lukaku’s start to life at Manchester United.

The Belgian forward has come in for some criticism in recent weeks after failing to find the net in his last six outings for Manchester United.

Lukaku initially made a very strong start to life at Old Trafford and he has already netted seven times in the Premier League this season for Jose Mourinho’s men following his transfer from Everton back in July.

However, he has been drawing blanks in recent weeks and once again failed to find the net during the 2-0 victory over Benfica in the Champions League on Tuesday night.

Lukaku will be hoping to be back on target for the Red Devils when Mourinho’s men take on Chelsea at Stamford Bridge on Sunday afternoon.

And former Manchester United midfielder Scholes is fully expecting Lukaku to come good in the coming weeks and months.

Speaking on BT Sport on Tuesday night, Scholes said: {The most important thing is he still getting into the positions to score goals.

“If you weren’t getting chances then you’d be worried. You’d be worried if he was shying away from responsibility – but he’s not.”

Manchester United head into their clash with Chelsea on the back of their 1-0 victory over Tottenham at Old Trafford last weekend, a result which left them second and five points behind leaders Manchester City.