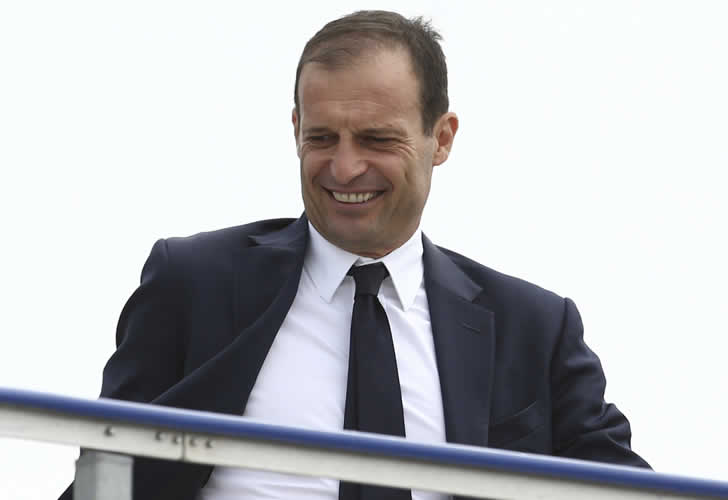 Massimiliano Allegri has poured cold water on talk of the Juventus manager becoming the next Manchester United boss.

The Red Devils have appointed Ole Gunnar Solskjaer as their interim manager after Jose Mourinho was sacked earlier this month.

Manchester United lost 3-1 to Liverpool FC at Anfield in the Premier League to result in Mourinho’s dismissal.

The 20-time English champions have since won their opening three Premier League games under their new temporary manager.

Manchester United eased to a 5-1 win at Cardiff City last weekend before the Red Devils notched up a 3-1 victory over Huddersfield Town at Old Trafford. They then sealed a dominant 4-1 win over Bournemouth on Sunday at Old Trafford to continue their mini-revival.

Solskjaer has made an impressive start to his reign but the suggestion remains that the Red Devils will look to appointment a permanent manager at the end of the Premier League season.

Allegri has been touted as a potential candidate to replace Mourinho on a permanent basis.

However, speaking at a media conference, as quoted by Metro, about reported interest from Manchester United, Allegri said:

“I still have a year and a half on my contract.

“I’m fine here and we’re doing important things. Now we are in December and it’s better to wait. From here to June there are many games.”

Manchester United – who take on Newcastle United on Wednesday night – won the Europa League and the League Cup under Mourinho.