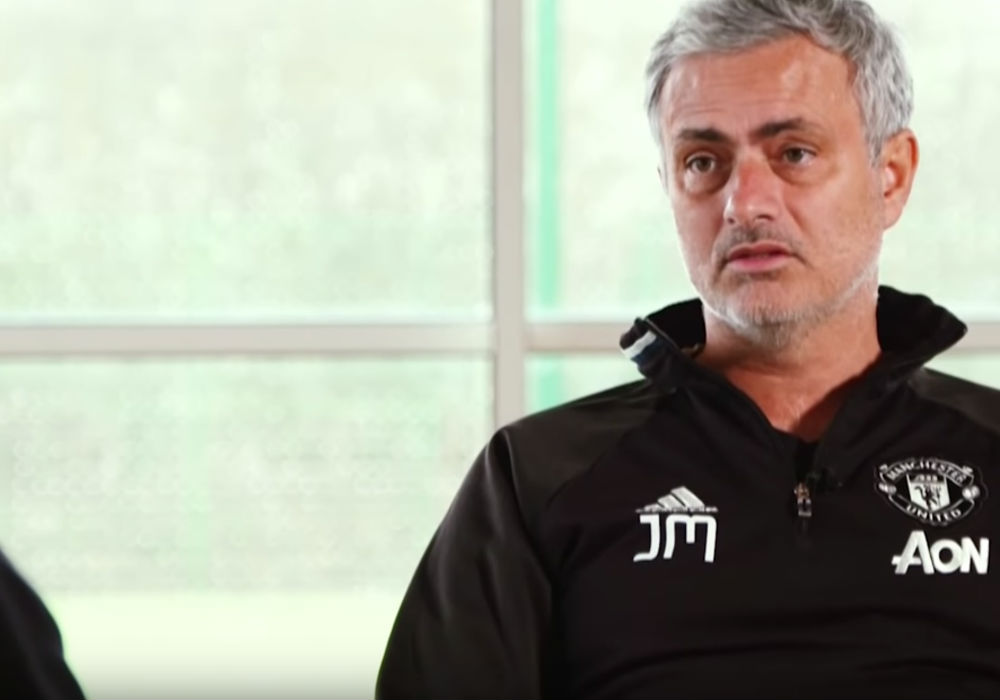 The Red Devils were heavily criticised for a poor attacking performance in a dour goalless draw with bitter rivals Liverpool at Anfield earlier this month.

The 20-time English champions appeared to suffer a hangover from their Anfield trip last weekend when Manchester United struggled to get going in a 2-1 loss to promoted side Huddersfield Town at the John Smith’s Stadium.

Mourinho has earned a reputation for looking to contain Manchester United’s title rivals with conservative tactics but the Red Devils can ill-afford to lose more ground on Premier League leaders Manchester City.

The Red Devils are five points behind Pep Guardiola’s men with nine games played ahead of the visit of Tottenham.

Spurs were 4-1 winners against top-four rivals Liverpool at Wembley last weekend after a credible 1-1 draw with La Liga giants Real Madrid in the Champions League.

Former Arsenal striker Wright warned Mourinho that the Old Trafford crowd won’t be content with a negative performance against Spurs on Saturday afternoon.

“He is under pressure now because of what he did to Liverpool. He can’t do to Spurs what he did Liverpool otherwise there will be trouble. I can see the natives sharpening the knives [if he does].”

Craig Bellamy: What I find really disappointing about Liverpool FC