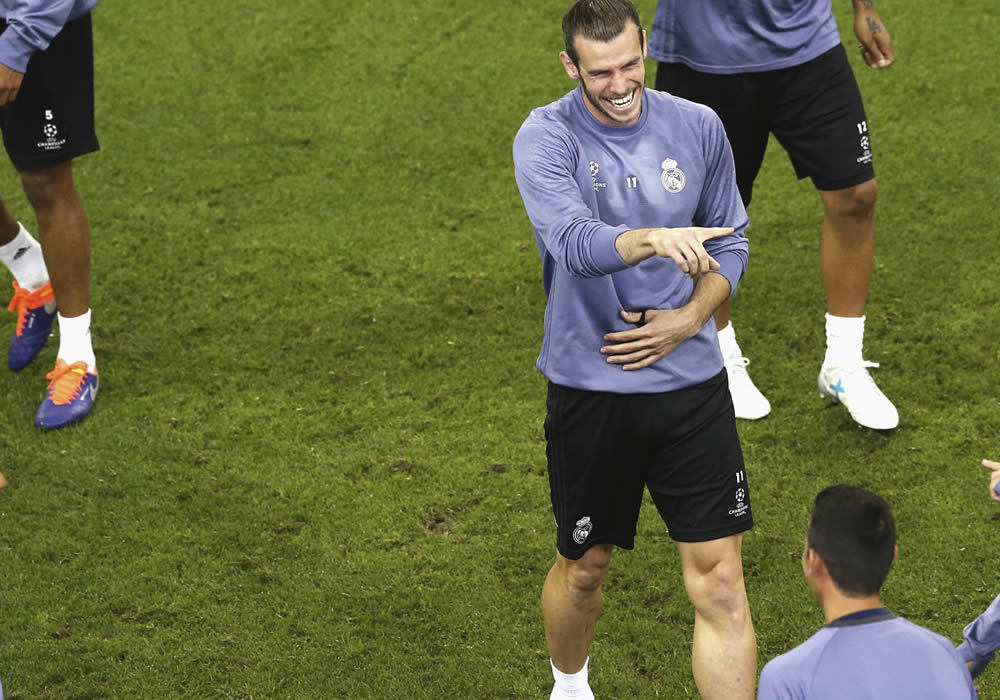 The Red Devils have been linked with a potential move to sign the Wales international in the 2018 summer transfer window.

Manchester United have been touted with an interest in the 29-year-old regularly over the past 24 months but a deal has failed to materialise so far.

Bale appears to be at something of a crossroads at Real Madrid after the winger produced a man of the match performance in the Champions League final last weekend.

The Welsh forward scored two goals to help restore Real Madrid’s lead in their 3-1 win against Liverpool FC in the European showpiece in Kiev.

Bale opened the door to a potential summer exit in the immediate aftermath of their Champions League success to fuel talk of a move to Manchester United.

However, La Liga expert Balague has claimed that Bale could still have a future at Real Madrid despite his post-match remarks.

“There is going to be a meeting between the representatives of Gareth Bale and Real Madrid, as he announced himself, but that won’t take place for at least two weeks,” Balague told Sky Sports.

“The message his reps want to send on behalf of Bale is that he wants to feel more important. Not only does he want to start, he wants to be the axis, the focus of Real Madrid’s attacks.

“To do that, he will have to change Zidane’s mind. So far what Real have said to Bale is that he’s not for sale, but of course the meeting could change all of that.”

Los Blancos signed Bale in an £85.7m deal from Tottenham Hotspur in the 2013 summer transfer window.

Eden Hazard opens up about Antonio Conte at Chelsea FC