Manchester United are set to wrap up the signing of Victor Lindelof from Benfica this week, say reports in Portugal 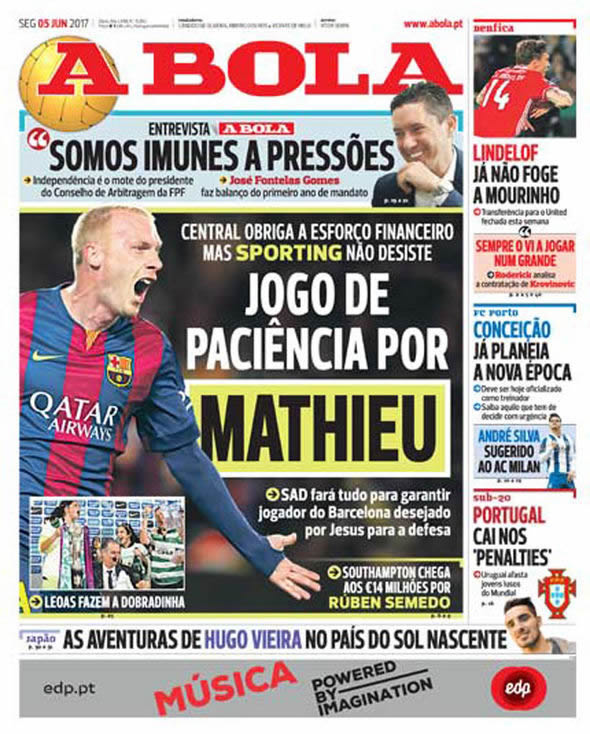 Portuguese newspaper A Bola carried the story on its front page on Monday Photo: A Bola

Manchester United are set to complete the signing of Victor Lindelof from Benfica this week, according to reports in Portugal.

Portuguese newspaper A Bola, as quoted by the Daily Express, is reporting that the Red Devils are set to conclude the signing of the Swedish defender as Jose Mourinho secures Manchester United’s first signing of the summer.

The 22-year-old is said to have all but agreed a move to Old Trafford this summer as Mourinho moved quickly to bolster his defensive options.

The Daily Express also quotes Portuguese newspaper Record as saying that the deal will cost Manchester United around £30m.

Should a deal go through, it would mark the second summer in a row in which Mourinho has kicked off his summer spending by bringing in a new defender.

Manchester United are looking to use the lure of Champions League football to attract some top talent to Old Trafford this summer after their Europa League title win last month.