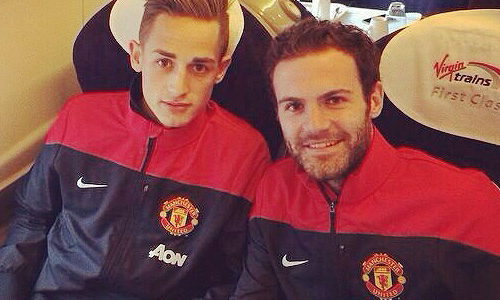 Phil Neville has warned Manchester United that they must treat their “special talent” Adnan Januzaj carefully to help continue the forward’s progress.

The Red Devils, who are currently sixth in the Premier League, rested the 18-year-old forward for their 2-0 loss to Oympiacos in the Champions League on Wednesday.

United manager David Moyes was criticised for leaving the teenager at home, but coach Neville explained the Scot’s decision.

“It’s still early doors for him, though, and I think we’ve treated him right,” Neville told United’s website.

“We’ve played him in games and we’ve also rested him in others and given him a bit of a breather.

“We have to make sure that in two or three years he’s still improving and reaching the levels we hope he can reach. That’s our job as coaches.”

Neville is confident that Januzaj does have the temperament to play for the defending Premier League champions.

“Everyone knew we had a special talent on our hands, but the real test comes when you play at Old Trafford,” Neville added.

“So that was the question back in pre-season: has he got the temperament to play for Manchester United at Old Trafford?

“Well, I think he’s answered that. You have to have the courage, the belief, the confidence, the determination to play for Manchester United – those characteristics are key to a player’s success here and Adnan is no different.”