Man United transfers: Barcelona midfielder Andres Iniesta is "close" to signing a new deal, according to the club's sporting director 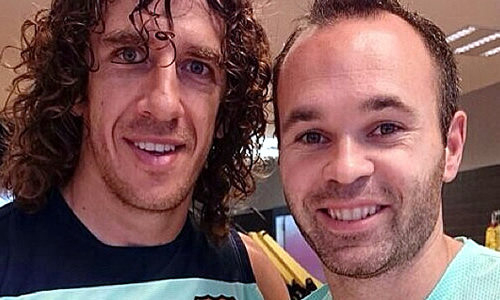 Andres Iniesta is “close” to signing a new Barcelona deal amid interest from Manchester United, according to Andoni Zubizarreta.

The Red Devils have been linked with a sensational January swoop for the Spain international amid reports the midfielder has fallen out with Camp Nou bosses.

However, Barcelona sporting director Zubizarreta expects the 29-year-old World Cup winner to pen a new deal with the La Liga champions before Christmas.

“We’re close [to agreeing a new contract with Iniesta], yes,” Zubizarreta is quoted as saying by Daily Mail.

“You can never say never, but I think Iniesta is happy to be at Barcelona,” Mendieta told talkSPORT.

“Tata Martino is imposing this rotation, which I think we all agree they all needed, but players never like. I’m sure there will be a point where Iniesta and Barcelona will reach agreement.

“The fact they say there is no rush in the negotiations means they seem happy to wait and see what happens.

“Barcelona is going great. Maybe the style of football is not what it was like years ago, but they are still winning.”