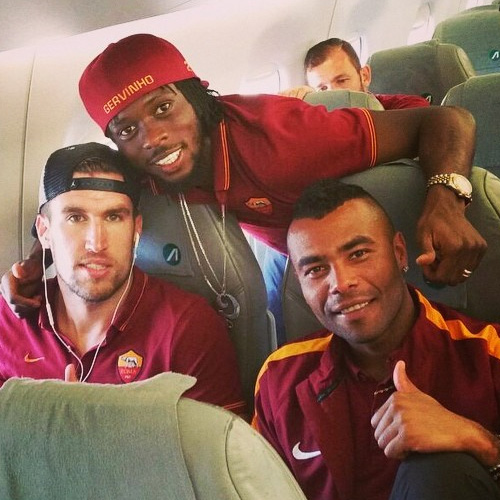 Kevin Strootman is not attracting interest from Manchester United, according to the Roma midfielder’s agent.

The 24-year-old Dutch star is being linked with a big-money move to the 13-time Premier League champions in the January transfer window as Louis van Gaal looks to continue his big spending.

The United manager signed Angel di Maria in a British record £59.7m transfer from Real Madrid and Ajax defender Daley Blind in a £14m deal this summer, whilst Radamel Falcao joined on a season-long loan on deadline day.

However, Strootman is reportedly the signing that Van Gaal most desires as the 63-year-old looks to address his midfield, having signed Athletic Bilbao star Ander Herrera to bolster his options.

But the Roma midfielder’s agent Fabio Parisi rubbished speculation linking the Netherlands international with a January switch to United, insisting the playmaker is focused on making his Roma return.

“There is no kind of interest on Strootman. He is recovering from his injury and will be available soon to contribute to Roma’s cause,” Parisi said.

“For the rest, I say that is just talk and there is nothing. It’s all just speculation from England.”

Strootman was omitted from Van Gaal’s Netherlands squad which reached the World Cup semi-finals due to a knee injury which prematurely ended his 2013/14 campaign.

Frank Lampard: I would have stayed at Chelsea