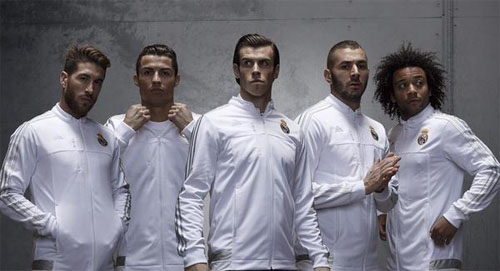 Dwight Yorke believes that Gareth Bale should be at the top of Manchester United’s shopping list this summer as Louis van Gaal looks to bolster his attacking options at Old Trafford.

The Red Devils have been linked with a host players in recent weeks as Van Gaal bids to transform his side into genuine title contenders next season following their fourth-placed finish this term.

United have been linked with a big-money swoop to bring former Tottenham star Bale to Old Trafford in recent days.

And former Red Devil Yorke feels that Van Gaal should be doing everything in his power to bring Bale to the club before next season.

Yorke told the Sun: “I would get Gareth Bale in, that’s what United need . . . a player who will just take the ball and run.

“He’s British, he’s exciting, he’s quick, fast, he goes past people and that will lift everyone going forward. That would excite everybody. And he will be loved here, he will be far more appreciated because the people here know what to expect.

“The Spanish are hard people, they are used to the likes of Romario and Ronaldo — the dribblers with the silky skills.

“In all fairness Bale is not silky — he is a powerhouse with great pace and that’s best for England.

“When he is in full flow he is one of the best in the world. That’s why Madrid paid all the money for him. If I was signing one player for United this summer, it would be him.”

United have also been linked with the likes of Tottenham striker Harry Kane in recent weeks.

The Red Devils secured a return to the Champions League thanks to their fourth-placed finish in the Premier League last season.