Man United’s Marouane Fellaini: Cross the ball and I will score 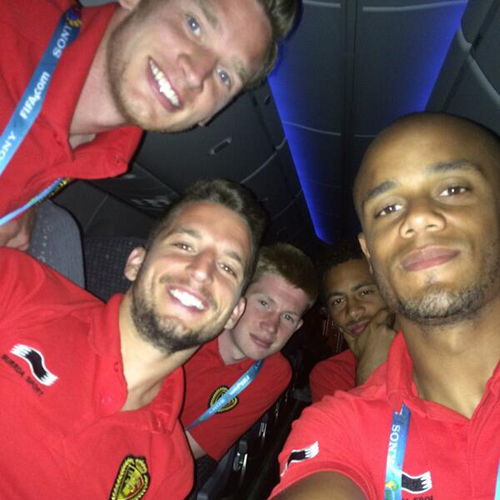 Marouane Fellaini has urged his Belgium team-mates to continue firing crosses into the area for the Manchester United man after the midfielder inspired his country to a 2-1 victory over Algeria.

The 26-year-old cast aside his miserable form for United to come off the bench and net a second-half equaliser in Belgium’s opening Group H game, with Dries Mertens netting a late winner.

And Fellaini, who joined United in a £27.5m deal from Everton last summer, feels he can be a goal-scoring threat for Marc Wilmots’s side thanks to his prowess in the air.

“I always believe and I thought that, yes, if the coach gives me the call, I can help us win this match,” said Fellaini. “‘One thing I know is that if my team-mates put crosses in the box for me, I can score goals.

“Three times the ball came in for me and every time I won the header – I could have had a hat-trick. I’m just glad that one went in though because we were beginning to run out of time, and it was important we took one of our chances.”

The Belgium international added that Wilmots’s side were worthy winners despite falling behind to a Sofiane Feghouli’s first-half penalty.

“I think we got what we deserved,” Fellaini said.

“We started very nervously and played badly in the first half. But I think you saw the character of this team in the second half. We just needed to stay calm, make the right decisions, and doing that got us this fantastic result.”