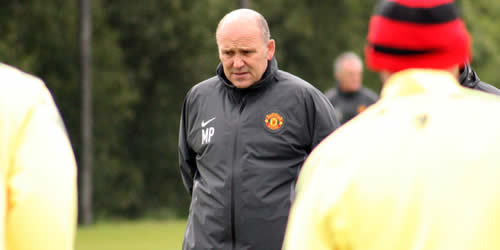 Manchester United assistant manager Mike Phelan believes there is still a gap between the Red Devils and Barcelona.

United face the La Liga runners-up in a pre-season friendly on Wednesday after having beaten them in a non-competitive fixture last summer following the Catalan outfit’s 3-1 victory in the Champions League final at Wembley in May 2011.

Phelan is confident the 19-time English champions have narrowed the gap since then but the United coach is adamant Barça are still the side to beat in European club football.

“I think there is a gap there,” Phelan told United’s website. “But there’s a gap for a lot of teams, not just United.

“Barcelona have been exceptional – they’ve combined experience and youth and maintained success.

“The challenge for us is to compete. It will take time but we’re not that far away. We’ve been in three European finals and we’ve won one.

“Now we’re hungry to continue that. Barcelona are the ones to catch.”

Phelan added: “It’s a great game to have. It’s unusual to have it in another country but that’s the way it’s worked out. I hope we can put a spectacle on for the supporters who are turning up.

“The manager will be back for the game. He’s travelling over and will be with the team soon and ready for the Barcelona game.”