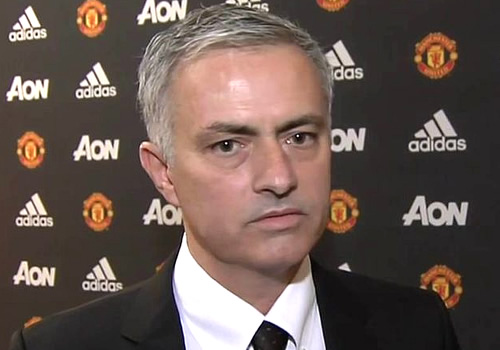 Jose Mourinho’s top transfer priority this summer is to bring a new striker to Manchester United, The Sport Review can reveal.

Mourinho has already been hard at work behind the scenes at Old Trafford since being appointed as the club’s new manager on a three-year contract last month.

The Portuguese coach moved quickly to complete his first signing of the summer transfer window by bringing in defender Eric Bailly from Villarreal to bolster his rearguard options.

United also tied down veteran midfielder Michael Carrick to a new one-year contract at Old Trafford in the wake of Mourinho’s appointment.

However, all eyes have been firmly focused on the transfer window in recent days and the remaining positions Mourinho is looking strengthen ahead of his first season in charge at United.

The Red Devils have been linked with a host of players in recent weeks as the transfer window gets into full swing.

Now, Italian journalist Emanuele Giulianelli has told The Sport Review that Mourinho’s number one priority this summer is to bring in a world-class striker.

Among the names touted as possible targets for United is Spain forward Alvaro Morata, who is also thought to be attracting interest from Chelsea and Arsenal.

The Red Devils have also been linked with a £15m bid for 19-year-old Palmeiras forward Gabriel Jesus this week.

Borussia Dortmund playmaker Henrikh Mkhitaryan is also thought to be the subject of concrete interest from United, but The Sport Review understands that a top striker remains Mourinho’s number one priority in the summer transfer window.