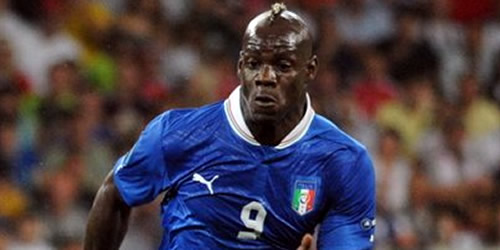 Danny Murphy says Mario Balotelli need to start to realise his potential ahead of Liverpool’s return to the Champions League.

The Italy international is expected to lead the Reds line for the clash against Ludogorets Razgrad at Anfield on Tuesday night.

The 24-year-old completed a £16m move to Liverpool from AC Milan in the summer transfer window, penning a long-term deal.

“He is going to have to show his quality because we have talked about his potential for a long time now. With Sturridge missing, it is a huge role for him tonight,” Murphy told talkSPORT.

Meanwhile, Liverpool defender Dejan Lovren, who has previously played in the Champions League with Lyon, urged the Reds to treat Tuesday night’s clash like any other game.

“It’s an advantage for me, but it’s also something new for me because I haven’t played in the Champions League for two years,” said Lovren.

“I know what to expect in the Champions League – it will be tough. It’s never easy, every team deserves to be in the groups. We know what we need to do – we need to take three points from the start in the first game and then look forward.

“We just need to be calm and concentrate on our game and style of play. It’s important we don’t think ‘today is the Champions League’ – we have to treat it like any other game, although it is something a little bit different.”