Masters 2013: What lessons did we learn from the final day of play at the Augusta National? 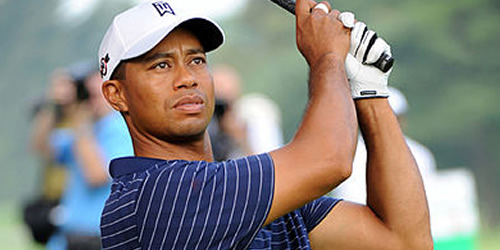 Amen Corner could make or break your round

Augusta National’s final day pin positions were generous and the back nine especially offered plenty of birdie opportunities for the chasing pack. But in order to really take advantage and shoot low, players still had to successfully negotiate the feared Amen Corner. The second shot at the 11th, all of 12 and the first two shots of the 13th historically constitute one of the Masters’ toughest stretches of holes, and if a player can come away level or under, they can attack the remaining five holes with added confidence, as Rory McIlroy showed with his final round. The Ulsterman went round Amen Corner without dropping a shot and followed it up with consecutive birdies at 15 and 16 for a final score of 69 – the best of his weekend. Contrastingly, a poor showing over the three holes can be disastrous, as defending champion Bubba Watson and compatriot Kevin Na both discovered – the Americans teed-off at the 11th one-over and nine-over par respectively and walked off the 13th green eight-over and 16-over thanks to catastrophic tens on the 12th. The same hole also put paid to Justin Rose’s slim hopes, with the Englishman carding a seven.

Westwood must improve his putting in order to win a Major

Lee Westwood began the day as Britain’s leading contender for a first Masters triumph since Sir Nick Faldo’s victory in 1996. The Englishman is widely regarded as one of the best current players never to have won a Major and as he approaches his 40th birthday, time is running out to break his duck. An excellent iron player and solid off the tee, it is Westwood’s putting that lets him down at the Majors and yet again that was the story of his final round at Augusta. Westwood began well, but one of a number of holes could serve as an example of his putting deficiency. It was epitomised on the second green as his demons returned to haunt him. A superb second shot gave him a six-foot eagle opportunity and a chance to charge up the leaderboard, however the Worksop man sent his putt agonisingly wide. He made the resulting birdie, but with players around him tapping them in with ease, missing chances like these is keeping him from his maiden Major win.

Woods fails to grab reprieve with both hands

World number one Tiger Woods can count himself very lucky to be wearing his traditional final day red shirt at Augusta after being given a reprieve from course officials regarding the placement of his drop after he unluckily found the water on the 15th. Despite the furore surrounding the controversial decision to hand the 37-year-old a two-shot penalty rather than disqualify him, the man himself has continued playing. The American shot a two-under par 70 in his third round to stay in contention for a fifth green jacket, and his challenge on Sunday took a while to get going as he dropped back to one-under until four birdies in seven holes gave him a chance. Unfortunately for Tiger, the slow start on the front nine cost him dearly as his rivals opened up a healthy lead.

Olesen could be a future Ryder Cup star

Making his Masters debut, Thorbjørn Olesen had gone through the first two days relatively undetected, before a solid back-nine on the third day and a superb final round made many look up and take notice. From the 12th to the 15th on Saturday, the 23-year-old Dane went birdie-eagle-birdie-birdie, before gaining further shots on the final day to take him into the upper echelons of the leaderboard. Olesen has charged up the world rankings over the last 12 months, breaking into the top-100 this time last year and reached the top-50 by the end of a season, which included a top-ten finish at The Open. And after a good showing here – finishing four-under and guaranteeing himself an invitation to Augusta National next year – the only way is up. By the time the Ryder Cup comes to Gleneagles in 2014, the young Dane could well be one of the stars of the European team.