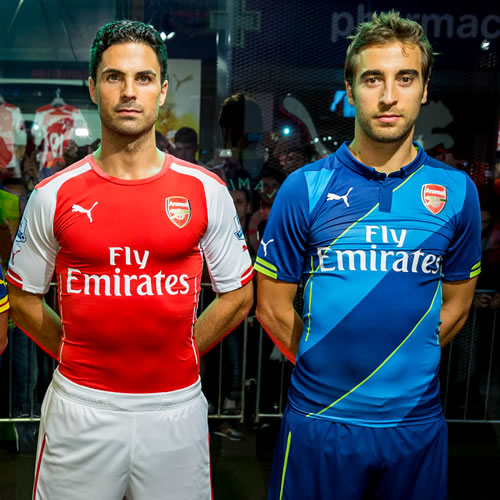 Mathieu Flamini has admitted his disappointment at seeing his “very close friend” Cesc Fabregas move to Chelsea this summer.

The west London side snapped up the 27-year-old Spain international in a £30m deal last month after Arsenal turned down the chance to re-sign their former captain from Barcelona.

It will be very strange to play against him, and it won’t be easy

And Flamini, who played alongside Fabregas during his first spell at Emirates Stadium, was upset to see his former team-mate move to the Gunners’ London rivals.

“I had an amazing time with him at Arsenal and he stayed a very close friend of mine,” Flamini told Goal.

“I’m a bit disappointed that he’ll be playing with Chelsea rather than us, but I respect his decision.

“That’s football, and I’m very happy for him because I’m sure that if he’s moving back it’s because he wanted it.

“I’m also very happy that he’s coming back to London because he’s going to be my neighbour, so I’ll see him a lot!

“It will be very strange to play against him, and it won’t be easy – we were laughing about it when I saw him a few days ago – but I’m happy because it will give me the opportunity to see him a bit more than when he was in Barcelona.”