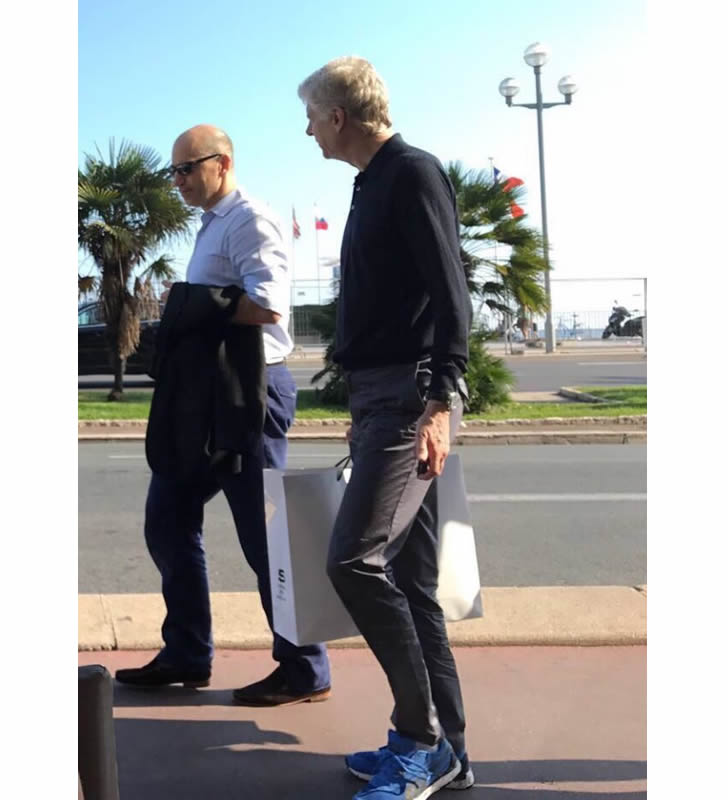 Ivan Gazidis and Arsene Wenger were pictured in Nice over the weekend Photo: @peccavi66 / Twitter

Arsene Wenger was pictured in Nice along with Arsenal chief executive Ivan Gazidis over the weekend as the Gunners continue to be linked with a summer transfer swoop to sign Kylian Mbappe from Monaco.

Arsenal have been heavily linked with a move to sign the Monaco teenager in recent days as Wenger looks to bolster his squad ahead of the new season.

There were reports in the British media last week that Arsenal had already had a big-money bid for the 18-year-old striker turned down by Monaco.

Whether there is any truth to the newspaper speculation remains to be seen, but the picture of Wenger and Gazidis walking the streets of Nice this weekend which have emerged on social media will certainly do little to quell the speculation linking Arsenal with Mbappe.

Twitter user @peccavi66 posted the picture above on the social network and wrote the message: “Wenger and Gazidis spotted in Nice yesterday. M’bappe? @SheWore”

Nice is located 30km away from Monaco and the fact that the Arsenal duo were pictured in the French city has inevitably led to suggestions that they were in the area to meet with officials from the Ligue 1 champions to discuss potential transfers.

Mbappe has emerged as one of the hottest prospects in French football this season after scoring 15 goals and making eight assists in Ligue 1.