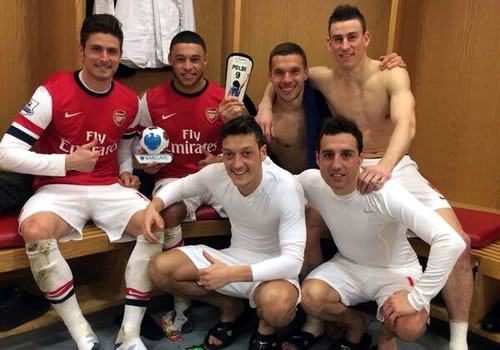 The Germany international came in for criticism after a below-par display in which he missed a penalty at Emirates Stadium in the first leg of the Champions League last-16 tie.

Ozil was subsequently left out of the Arsenal squad for last weekend’s 4-1 win over Sunderland and was given an extra two days off this week.

It’s not necessarily fatigue. We have played since the beginning of December

And Wenger is hoping that the extra few days’ rest will allow the playmaker to rediscover his top form in the coming weeks.

“Ozil had a difficult game because he missed that penalty,” Wenger said ahead of the Gunners’ trip to Stoke on Saturday.

“It was on his mind and when you are under this kind of pressure, it’s good to refresh.

“It’s not necessarily fatigue. We have played since the beginning of December, I do not have to justify here why [players] had two days off.

“We are in a society where everyone wants to control everything. I don’t understand this question at all. We are entitled to have days off.”