Mesut Ozil: The Premier League is the best in the world 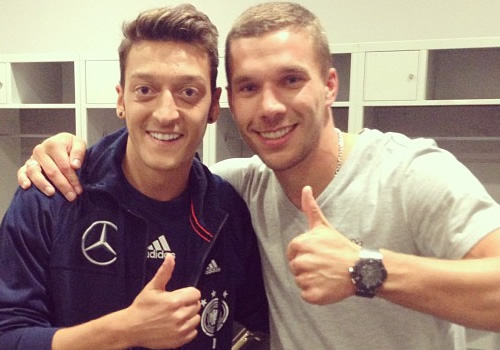 Mesut Ozil believes that the Premier League is the strongest domestic competition in the world – and is relishing the chance to prove himself in England with Arsenal.

The 25-year-old has made six appearances for the Gunners in all competitions since joining the north London club in a £42.5m deal from Real Madrid on transfer deadline day.

Ozil has made three assists in the English top flight following his arrival – and the playmaker is determined to improve his game over the coming seasons.

“I’m happy to be playing in the Premier League because everyone knows it’s the strongest league in the world,” Ozil told Arsenal’s website.

“There are simply a lot of top teams. I want to prove myself there. It’s a new challenge for me, a new task. I want to improve further under the boss and in the team. I’m really excited about it.”

Ozil also reserved special praise for Gunners boss Arsene Wenger, who was a long-term admirer of the former Real Madrid star before his big-money switch to north London.

“The coach is a world-class manager – he has demonstrated that for years,” he continued.

“A lot of players have developed under his guidance in the past and that’s why I decided to come here. I want to improve further.

“The most important thing is that the manager has given me his trust. I want to show my potential and have fun on the pitch. I think that I can help the team through my performances.”

Erik Lamela: England is much more physical than Italy