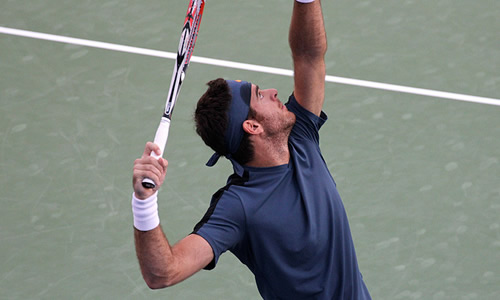 There’s no question that the Sony Open Tennis tournament in the sultry Florida Keys, one of the tour’s early-season highlights, is feeling the pain.

Along with Indian Wells, it is one of the twin peaks that marks the start of the Masters and Premier string of pearls in both the men’s and women’s calendars, but this year it is suffering the loss of player after player.

Even before the year began Miami knew it would be missing the world No2: Roger Federer excised the event from his schedule in favour of a longer training block for the clay swing that begins in a fortnight.

By half way through the Indian Wells final, the tournament knew that No4 Rafael Nadal would also take time out to recuperate his knee after the successful but demanding return to the tour in South American extended into a deep run in the desert, too.

On the women’s side, Sam Stosur postponed her return from injury, and there were doubts about top seed Victoria Azarenka’s participation with an ongoing ankle problem right up to the moment she withdrew just before her first match.

But the wear and tear of this long and punishing hard-court swing, which began even before 2013 had started, has cut a swathe through the first couple of Miami’s rounds, too.

Already gone before the Azarenka announcement was No10 seed Marion Bartoli and Anna Tatishvili, with foot and ankle injuries respectively. Meanwhile, the men’s draw was being transformed as players headed for the exit door.

No30 seed Feliciano Lopez and the young American making his senior tour debut, Christian Harrison, left before they started to usher in two lucky losers—though both failed to make it past their opening matches.

No fewer than six more men pulled out with injury either during or after their first matches: four of Andrey Kuznetsov, Dmitry Tursunov, Leonardo Mayer, Roberto Bautista Agut, Carlos Berlocq and Tatsuma Ito sustained injuries.

Adding to the tournament’s woes was the loss of six out of the remaining 15 seeds in the top half of the men’s draw in their opening matches. Arguably the biggest, in more ways than one, was No5 Juan Martin del Potro.

Big because of the form he brought with him to Miami—a final last week in Indian Wells, the semis before that in Dubai and the title on the indoor courts of Rotterdam.

Big because this Florida extravaganza draws some of the most enthusiastic South American support of any of the big tournaments through the season.

And big because this tower of man is not only one of the most liked players on the tour but is the only one to have broken the stranglehold of the ‘top four’ in the last 32 Grand Slams.

But though his loss in his opening match here was undoubtedly a disappointment, it was perhaps neither a surprise nor an altogether bad thing for Del Potro.

For despite his earlier-than-expected exit in the third round of the Australian Open, he has played one of the longest campaigns of the year: After Melbourne, it was back-to-back tournaments from indoors in Rotterdam and Marseille to the hot outdoors of Dubai and Indian Wells.

And in the last of those, in conditions not ideally suited to his flat power game, he played and beat No3 seed Andy Murray and then the top seed, Novak Djokovic, ending the Serb’s 22-match winning streak. In both, Del Potro came back from a set down, playing a total of almost five hours in temperatures in the mid-30s.

He very nearly made it three in a row, too, leading No5 seed Nadal by a set and a break before the Spaniard surged back to take the title, but in truth, by the time the match was done, the Argentine carried every one of those matches and tournaments in his body language.

There has been another factor in all this, though. By the time Del Potro came to Dubai, he was already nursing a sore wrist. He stressed that his team and his doctor had approved him to play but, along with some extra vim on his serve and forehand, and more frequent forays to the net, he began to show off his sliced backhand more frequently. This brought both some respite to his vulnerable wrist but also an increasingly effective weapon in the baseline battles so often dominated by Murray and Djokovic.

Perhaps, though, Del Potro should have been as circumspect as some of those top rivals in measuring out his schedule—especially after his heavy-weight end to 2012, when he took consecutive titles in Vienna and Basel, survived two matches at the Paris Masters and reached the semis at the World Tour Finals. He even joined Federer in December for some exhibitions in the South American Gillette tour.

In comparison, Djokovic has played just three tournaments and a single Davis Cup match ahead of Miami this year. Murray played Brisbane before Melbourne but then nothing until Indian Wells. Federer, too, limited his schedule to just four events during the early hard-court phase of 2013, and Nadal opted for three lesser clay events before hitting the hard courts in Indian Wells—and like Federer is now away to prepare for the next season.

In the event, though, Del Potro came into his match in Miami against the 89-ranked German, Tobias Kamke without too much to lose—he lost in the fourth round to David Ferrer last year—and that was just as well.

He took a quick lead in the first set, holding two set points at 5-2, but Kamke broke back, resisted more break points, and took it to a tie-break. With rain disrupting play, it looked as through the breathing space would help del Potro to find a second wind, but he let his slight advantage slip to lose the set, 7 points to five, and after a long delay for more rain, his game disintegrated to lose the match 6-1.

He admitted it had been a bad day, but revealed that his wrist was in need of a break:
“I hope I will be better these days without competitions. I will have a big rest for my wrist and that’s important to be ready and be 100 percent in my next tournament.”

Asked how long it had been bothering him, he elaborated: “Sometimes it is bothering me, but sometimes I can manage it, my pains. But wasn’t today.”

What Del Potro will avoid, by falling so early, is a repeat of last year’s meeting with Ferrer, a man who has continued to buck the trend when it comes to rest and recuperation.

The 30-year-old Spaniard, who has just given way to Nadal in the rankings after enjoying the No4 position for much of the year, has played more tournaments—six—and won more matches—21—than most men on the tour. Already he has two titles but what would have been more significant in Miami was his 6-2 record against Del Potro. Indeed Ferrer has won in their last four meetings.

Not for him a break between tournaments—though his early loss in Indian Wells may help his cause in Miami. But he has, by chance, become one of the men to benefit from the ills of others, a walkover to the third round from Tursunov.

In fact, were Ferrer not such a head-down, brook-no-distraction kind of player, he might be encouraged by the way this quarter has opened up. Of those six seeds who fell from the top half of the draw at the first hurdle, five were in his section. His first match will feature the lowest seed, Fabio Fognini, then perhaps the No13 seed Kei Nishikori. From there, his run is seedless to a possible semi-final against defending champion, Djokovic.

The Serb dropped only one game in his first match and it’s hard to see a name capable of halting him before Ferrer—and he beat the Spaniard here last year in straight sets.

Meanwhile, his early loss in Miami might be just what the doctor ordered for Del Potro: an ideal launch-pad to continue his assault on the upper reaches of the rankings.

Victoria Azarenka frustrated by ‘step back’ in recovery from ankle injury