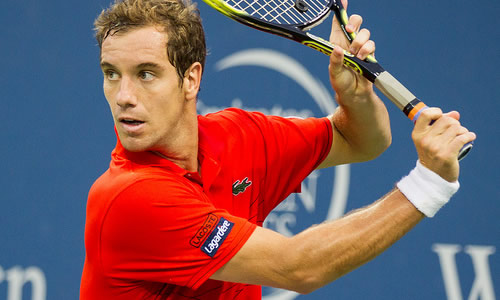 Andy Murray will take on Richard Gasquet for a place in the final of the Miami Masters after the Frenchman sealed an impressive straight-sets win over Tomas Berdych on Thursday.

World No10 Gasquet sealed a 6-3 6-3 victory over 2010 Miami runner-up Berdych in just 74 minutes to set up a clash against Murray on Friday night.

And the 26-year-old Gasquet, who hit 17 winners en route to victory, is expecting a tough test against Murray.

“He has all the shots of tennis, he serves well, his returning is incredible, he runs well,” said Gasquet.

“He can play well in the attack. He’s one of the best attackers in the world. He can do everything on the tennis court. He’s very clever.

“He’s an unbelievable player, but I know his game. I think we played a lot of times already in the past, but for sure he will be the favourite.

“I have nothing to lose, and I will try to play a good match.”

Murray, meanwhile, who battled to a 6-4 6-3 win over Marin Cilic earlier on Thursday, believes he is getting better with each match in Miami.

“I think today was probably the best match for me,” said Murray. “It was a tough, tough match.

“The second set especially was a lot of long, long games and tough points. I just managed to come through that.”