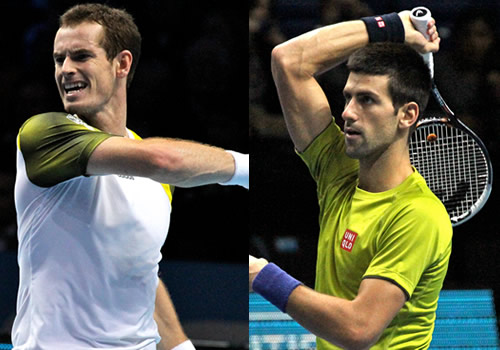 When it comes to predictions about the winners of Masters titles, there are worse places to start than with the quartet that has filled the top four rankings almost continuously since Andy Murray broke the triumvirate of Roger Federer, Rafael Nadal and Novak Djokovic in September 2008.

It’s a rare animal that has broken what is variously dubbed ‘the fab four’, ‘the big four’ or—less often since David Ferrer made a foray into the elite foursome—’the top four’.

Yet Ferrer, in truth, had compatriot Nadal’s seven-month absence to thank for his reward, hard-earned though it was. Order was restored this week when Nadal reclaimed his seat at the high table.

Juan Martin del Potro broke through the glass ceiling for a few weeks at the start of 2010 after breaking the similar Federer-Nadal-Djokovic stranglehold on the Grand Slams in New York in 2009. Wrist injury and surgery ended his assault, though that seems, at last, to be gathering pace once again.

Then there was the brief arrival of Robin Soderling into the top four in early 2011, before glandular fever undermined his campaign—and his ATP profile still carries the sorry word “inactive” alongside his name.

And ‘the four’ have been just as miserly in foregoing Masters titles.

Last year, only one of the jewels in the ATP crown was taken by another man—Ferrer won his first ever Masters title in Paris in October. Djokovic and Federer claimed three apiece and Nadal took the remaining two.

The year before, all nine went to “the four”, in 2010, Soderling was one of only three to snatch a Masters and in 2009 only Nikolay Davydenko broke through.

Already in 2013, the first Masters has gone the way of many others—to Nadal. And while Nadal and Federer have elected not to play in Miami this week, it is hard to see beyond the other pair who top and tail the draw.

Djokovic has drawn Paris Masters titlist Ferrer, but may be more concerned about the Grand Slam winner who has yet to win his first Masters, del Potro.

Murray, meanwhile, is in the same half as two more of that scarce band of Masters winners, Tsonga and Tomas Berdych.

In the end, then, it is the same names that come in and out of focus: In the foreground stand Djokovic and Murray, last year’s finalists and owners of four out of the last six Miami titles; hovering behind them the two who made fleeting appearances in the top four and on the Masters/Grand Slam stage, Ferrer and del Potro. Beyond them—encouraged perhaps by previous Masters success—Tsonga and Berdych.

Is there anyone else, in a field boasting 44 of the top 50 players, who can possibly disturb the status quo?

Djokovic is aiming not just to defend back-to-back titles in Miami, or win his fourth title here, but to become the first player to win three on the bounce since Andre Agassi won 2001 to 2003.

He has started 2013 in stunning form and exudes confidence: He is, after all, 4,500 points ahead of everyone else in the rankings, defended his Australian Open title, won in Dubai and reached the semis in Indian Wells last week—a 17-1 run.

However, that one loss came last week to a man who has again dropped into his half, del Potro—though he beat the Argentine in Dubai. But before that, there is little to ruffle the Serb’s feathers.

His first match is against one of two men ranked in the 60s, Gilles Muller or Lukas Rosol, and his first seed is scheduled to be No30 seed Feliciano Lopez, who has won just a single set and no matches against Djokovic.

The third round offers up the survivor of an intriguing mix. Davydenko won in Miami in 2008, but has blown hot and cold this season and has not beaten Djokovic in four years. He could, though, beat No19 seed Alexandr Dolgopolov, to set up a meet with No16 Tommy Haas. The German is showing continued good form, 10-5 in 2013, and a first match in five years against Davydenko would be fascinating—the 31-year-old Russian has a 4-1 winning record over the 34-year-old Haas.

The bottom of this quarter holds fellow Serb, No7 seed Janko Tipsarevic, who needs to break a five-match losing run when he faces qualifier Dudi Sela or, more likely, Marinko Matosevic. More dangerous is big Kevin Anderson, who is on a great run this year despite elbow surgery.

Anderson seems the more likely to play Gilles Simon in a fourth-round replay of Indian Wells, though the conditions may help the Frenchman reverse that result.

Ferrer may be back to No5 in the rankings, but the absence of his nemesis Nadal from the draw ensures his own quarter in Miami, a place where he has reached the semis twice before.

He has put together his usual strong run, too, 21-4 and two titles this year, though he fell early in Indian Wells to Anderson.

He has not come out of the draw too badly, for although del Potro is lined up for the quarters, Ferrer is one of the few men to claim some dominance over the man who towers nine inches above him. Not since Miami in 2009 has the Argentine won, with Ferrer claiming four straight wins on all surfaces.

Ferrer opens against a qualifier—Dmitry Tursunov or Tim Smyczek—and then plays the lowest ranked seed, Fabio Fognini in the third round. His next match is worth a close look: No13 seed Kei Nishikori has shared wins with Ferrer, 2-2, though it was the Spaniard who won last, at the Australian Open.

Del Potro’s route to the semis is also a decent one, much like his form—notably his defeat of Murray and Djokovic in Indian Wells before conceding a set and a 4-1 lead to Nadal in the final.

The next highest seed in his eighth is Juan Monaco, who is yet to win an ATP match this year. Indeed it’s possible to see Americans James Blake or Ryan Harrison making a run to the fourth round instead, though if the conditions are not too slow, Julien Benneteau is also in contention.

Berdych has played a lot of tennis this season, and has notched up some strong results—a sign of both growing fitness and confidence. He has already reached the Marseille and Dubai finals, and sailed through to the Indian Wells semis before playing a poor match against Nadal. But what looks like a decent draw in Miami actually contains some real trip-wires.

His first match contains one of two top-40 men, Daniel Gimeno-Traver or the in-form Denis Istomin. His first seed, Fernando Verdasco, is not at his best, but the Czech’s fourth round is more interesting. There he should face one of two big-serving North American’s, Milos Raonic or Sam Querrey, who could provide the closest third-round match of the half.

Raonic beat Querrey with ease in San Jose in February, but Paris last year went to Querrey while their four-set Wimbledon meeting saw three tie-breaks and 46 aces before Querrey advanced.

Berdych met Raonic for the first time last August and lost in three. If the Czech survives, he could then meet No8 Richard Gasquet, who also has a winning record—though Berdych won in Indian Wells last week. That presupposes Gasquet gets past Mikhail Youzhny—the Russian leads their head-to-head—and then Nicolas Almagro in the fourth round, who also has a 3-1 winning record over Gasquet.

This quarter shows more than most how tennis outcomes can be determined by good and bad match-ups. It’s hard to call, ripe for a possible surprise.

If Murray is going to feel comfortable anywhere, it will be in Miami, his training base when he’s not in the UK. His fondness for Florida is reflected in his success here: winner in 2009, runner-up last year.

Murray should be reasonably content to find Tsonga his highest seed: He has beaten him seven times, and six in a row. Indeed, Murray has avoided several of the more ‘established’ form players, but there is a scattering of dangerous new talent with the potential for a break-out performance.

First in line may be 20-year-old Bernard Tomic, who won his first title at the start of the year, quickly followed, perhaps, by a now-seeded Grigor Dimitrov, finalist to Murray in Brisbane in a testing contest. In the fourth round is another talent who has shot up the rankings to 24 in the last six months, Jerzy Janowicz. The Pole beat Murray at the Paris indoors on his way to a first Masters final, but here has to beat No16 Andreas Seppi first

Tsonga has tests of his own—either Pablo Andujar or Viktor Troicki to start, then the winner of one of the first-round matches of the tournament between Nalbandian and Jarkko Nieminen, their 13th in more than a decade on the tour. Tsonga’s first seeded man, Martin Klizan, beat him in their only meeting at last year’s US Open, as did John Isner—a possible fourth-round opponent—twice last year.

Murray looked not quite match-sharp in Indian Wells—he had not played since the Australian Open—but he should now be well-oiled for his preferred Miami Masters. All the signs are, then, that this will end in another face-off between the friend/foe duo, Murray and Djokovic.