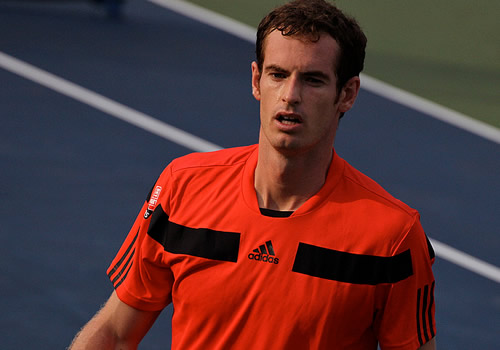 Andy Murray is through to the third round in Miami Photo: Marianne Bevis

The big headlines on the first day of the men’s draw at the Sony Open Tennis tournament ended up being less about what was happening on court and more about off-court surprises.

The first, putting a dampener not just on the Miami tournament but probably on the tennis scene for the rest of the season, involved the No8 seed, Juan Martin del Potro. Having made his way back to the top of the game following wrist surgery in 2010, he is facing more of the same with his left wrist. Though not entirely unexpected—the Argentine was unable to compete in Dubai, Indian Wells and now Miami after his early exit from the Australian Open—the Argentine media soon reported that he would undergo an operation with the same surgeon.

But that was not to be the biggest surprise of the day: that would come courtesy of Andy Murray. The Miami defending champion announced that his hugely successful coaching partnership with Ivan Lendl, which yielded his first Grand Slam title at the US Open, Olympic Gold and then Wimbledon, was at an end. It all seemed entirely amicable, but the two men had discovered in recent meetings that they had different needs from the partnership—essentially time—and so Murray was would defend his Miami title helped only by old friend and coaching colleague, Dani Vallverdu.

In another surprising move, though, Lendl did not leave Crandon Park but hung around to support the man he described as “a first-class guy”, affirming that his words were not an entirely hollow promise when he added: “I will always be in Andy’s corner and wish him nothing but great success.”

Whether he panicked just a little when his former charge lost the opening set against Matthew Ebden may never been known, especially bearing in mind that Murray has to defend big Miami points to avoid a further slip in the rankings from his current No6 to a possible No8—all the while fighting to regain his world-beating form of the last year after back surgery in the autumn.

But this is one of Murray’s favourite and most successful events. Not only does he live and train here for long stretches of the season, but he has won the title twice—last year and in 2009—and was runner-up to Novak Djokovic in 2012.

Having lost the opening set 6-3, Murray raced through the second, 6-0 and bounced back from a break in the first game of the third to take six more games on the bounce, 6-1. It marked Murray’s 20th match-win in Miami and earned him a third-round contest against Feliciano Lopez, against whom he has an 8-0 winning record.

So the coach-less Murray won with his former coach still in attendance, while Djokovic, also with a Grand Slam winner in his coaching entourage, did so without his, Boris Becker, in his box.

The German was scheduled to join Djokovic after missing the Serb’s title run in Indian Wells, but in the end could not make the journey to Florida. Becker had surgery to both hips last winter, and unexpectedly needed follow-up surgery this week. So long-standing associate Marian Vajda, who coached Djokovic through all his Grand Slams and returned to his box last week in Indian Wells, stepped into the breach.

The three-time Miami champion Djokovic looked very comfortable in beating the 48-ranked Jeremy Chardy, 6-4, 6-3, to notch up his 27th win at Crandon Park. He served for the set at 5-3, was broken, only to respond with an immediate break back. Chardy required treatment to his right ankle after Djokovic broke for a 5-3 lead in the second set, and the Serb finished the job in just 85 minutes.

Djokovic will next face No30 seed Florian Mayer, who defeated Ivan Dodig, 6-3, 6-2. The German has failed to win a set against Djokovic in any of their five previous matches.

And so to the other celebrity coach of a celebrity player. Roger Federer brought Stefan Edberg into his camp in what he called “an inspirational role” at the end of last year. The relationship would see them working together for a trial period and with a limited schedule to accommodate Edberg’s family and playing commitments.

But in the event, Edberg accompanied his player through training as well as court-side during his opening match, despite making the long trip from Indian Wells to his home Kings of Tennis event in Stockholm last week.

Not that Federer seemed to need the Swede’s watchful eye. After bypassing Miami last year as he battled with back injury, Federer took to the violet show court like a duck to water against the dangerous 6ft 11in Ivo Karlovic. And while the scoreline suggested a closely fought battle, 6-4, 7-6, in practice the result never looked in doubt.

Federer played the man who tops this season’s list for aces—already 287 of them in just 17 matches—yet Federer opted to receive in the opening game, and duly broke to take a lead that the Croat could not close. Not until he served for the set did Federer drop a point on serve, and closed it out, 6-4, having won 16 out of 16 on first serve and four out of five on the second.

The second set was little different, with Federer dropping fewer points on serve than Karlovic and only one more than in the first set: 29 from 31. At one stage, Federer’s serving was so tuned in that he held each of three consecutive games in less than a minute. Come the tie-break, the No5 seed finished the job after just 74 minutes having faced no break points and with only six unforced errors to 27 winners.

There were no signs of the injury problem that kept No4 David Ferrer out of Indian Wells a fortnight back. Last year’s losing Miami finalist beat Teymuraz Gabashvili, 6-4, 6-0, and will next meet No31 seed, Andreas Seppi.

Seeds to fall were led by perhaps the biggest surprise, No21 Ernests Gulbis beaten by Julien Benneteau. No24 Philipp Kohlschreiber lost to Marcos Baghdatis.