Murray was a two-time winner in Miami, but Medvedev out-played the Briton to start his pursuit of No1; needs to reach semis; Evans and Watson also lose 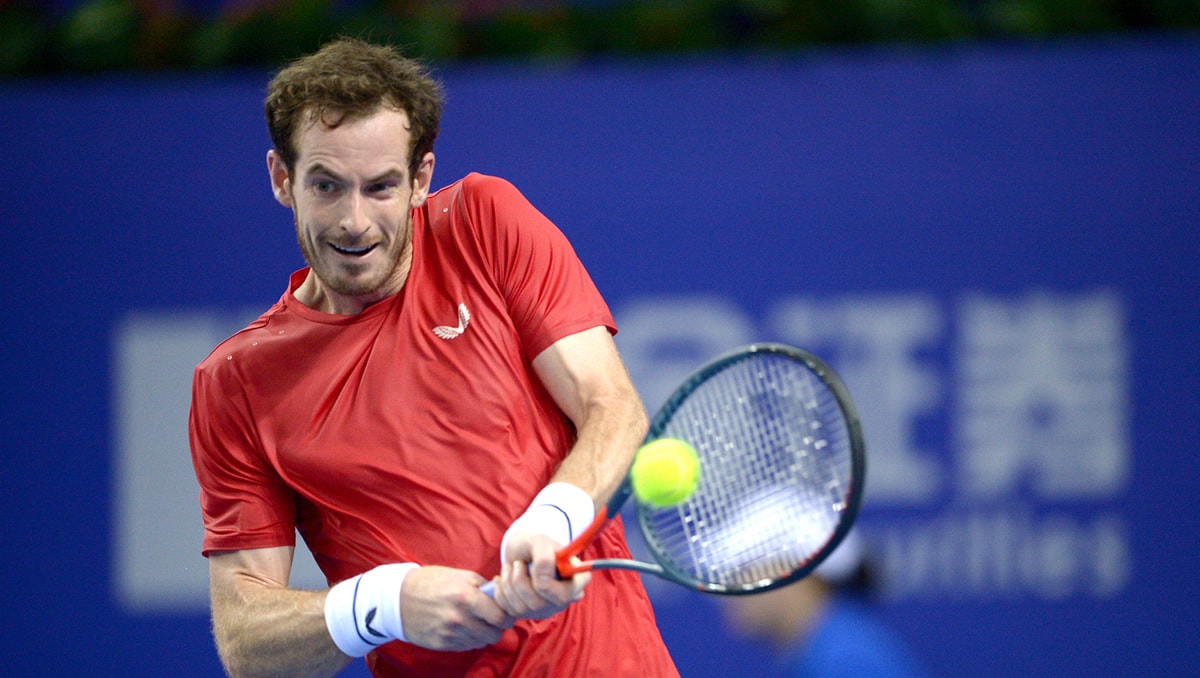 Wherever and whenever he goes, former world No1 Andy Murray draws fans and headlines.

He was the first British men’s Wimbledon champion since Fred Perry in 1936, the first man to win two singles Olympic golds, the only player with at least seven victories over Roger Federer, Rafael Nadal and Novak Djokovic, won three Majors and 14 Masters, and spent 41 weeks at No1.

He also has four children, a knighthood, and has been one of the most vocal advocates of women’s sport. And of course he has, since 2019, had the now infamous metal hip that threatened to finally end his on-court career, and quickly took him outside the top 500.

Now nearing his 35th birthday, though, he has slowly and determinedly edged up the ranks to a current 85, he reached his first final in over two years to start 2022, but had subsequently found back-to-back wins hard to come by.

Such are the difficulties when working back to form, even with the help by wild cards. He repeatedly faced seeds in the early rounds, the likes of in-form Felix Auger-Aliassime in Rotterdam and Jannik Sinner in Dubai.

And the Miami Open this week threw that into sharp relief: Murray would be the first opponent for the highest seed in the draw, No1 Daniil Medvedev.

As if that was not enough to draw headlines to the Briton, Murray began the American Masters double header with the promise to donate all his prize money for the rest of the year to help children in war-torn Ukraine.

Then Murray threw in one more morsel: He was reuniting for the third time with former world No1, and former coach, Ivan Lendl. And the reason for the frisson of excitement was the chemistry the two men generated in their previous two partnerships: Lendl was the man who accompanied Murray in all three of his Major victories and his two Olympic golds.

But it was surely too much to expect the Lendl’s magic to help him tackle the top seed.

After all, the 26-year-old Medvedev had become the leading light of the generation chasing the illustrious quartet all now a decade his senior. Indeed in February, he became the first man outside of that quartet to hold the world No1 ranking in 18 years.

Among 13 titles, Medvedev had notched up four Masters, plus one Major from four finals. He had also won the ATP Finals, the ATP Cup, and the Davis Cup, and if he needed a bigger incentive in Miami than beating the two-time champion Murray, Medvedev could reclaim the No1 ranking over the absent Djokovic if he reached the semi-finals this year.

But while he had won their only previous encounter, Medvedev’s win in Brisbane 2019 was weeks before Murray underwent his hip replacement.

Three years on, Murray started well, a strong hold, and matched by the tall Russian. But Medvedev went after the Murray serve with his flat cross-court strikes, and broke to love, 2-1.

The world No2 looked easy and confident, serving well, and even taking to the net to finish off points.

Murray had to battle through a marathon fifth game, with very fine long rallies to the very corners by both men, while Medvedev sealed the next game to love with a bullet of a forehand, 4-2. And so it went, as Medvedev closed in on the set. Both now produced clean holds and piercing strikes, with Murray playing a pitch-perfect drop winner to make it 4-5.

However, the Russian served it out, 6-4, in a tidy 46 minutes, in what had been a quality set of tennis.

In the second set, he continued to run Murray to the full width of the court, finding angles and penetration, and stepping inside the baseline to take the ball early.

Murray seemed to be rising to the challenge, now slicing, now driving down the line, changing defence into offence. But Medvedev was just a step quicker, had a little more pop on serve, was taking the ball a little earlier, and his tactical nous was the match of anyone. He had Murray on a piece of string in the fifth game, outpacing him on a drop shot to pass the unbalanced Murray, who tumbled.

It was a break for the top seed, then, and Murray began to deploy some testing drops and acute angled pick-ups. It earned him deuce but no more. Medvedev was up to the running sprints to the net and held, and turned his attack onto the Murray serve for three break chances.

A drop-shot winner and he led 5-2, and went on to serve it out comfortably, 6-2, after an hour and a half. He had not allowed Murray a single break point, and was as cool, calm and collected in victory as his tennis had been throughout.

He next plays Pedro Martinez, who beat No27 seed Cristian Garin.

Murray, who had already decided to bypass the clay swing in order to recover, focus on the grass, and get some solid practice with Lendl, elaborated on his coming schedule:

“I’m going to train the next three or four weeks here on the hard courts and then go home and start practising on the grass probably two, two-and-a-half weeks before. There is a Challenger in Surbiton, which I may play, and then hopefully be busy after that, try and get a lot of tournaments in through the summer.”

Elsewhere, fellow Brit Heather Watson also lost to Belinda Bencic in her third-round match, 6-4 6-1. Watson claimed her first win over a top-20 player since 2020 against Elina Svitolina in the second round, 4-6, 6-3, 7-6(4), which was her second three-setter of the tournament. She took the initial lead against Bencic, 4-2, but the Swiss soon imposed her superior power, allowing the Briton just one more game in the match.

Hubert Hurkacz, seeded No8 this year, won his first Masters title in Miami last year, and began his defence with a win over Arthur Rinderknech, 7-6(5), 6-2.

Miami Open 2022: Youth has its day, as Ruud, Sinner and Zverev reach quarter-finals