Miami Premier 2013: Maria Sharapova admits she is desperate to win her first Sony Open title in Miami after reaching the final 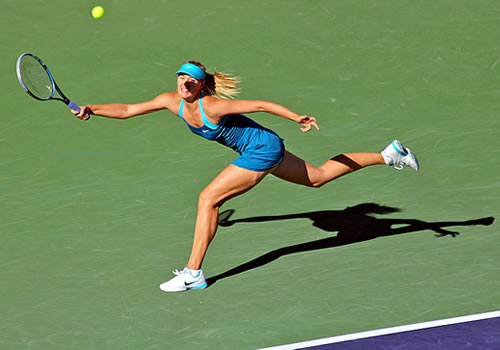 Maria Sharapova admits she is desperate to win her first Sony Open title in Miami after battling past Sara Errani to reach Saturday’s final.

“I would love to win here,” she said. ” With all the tournaments I have played, this one I have been so successful at but yet I haven’t won it.

“It would certainly mean a lot to me to go all the way.”

The 25-year-old admitted it has not been easy to adapt to the conditions at the Miami tournament, which came on the back of the Indian Wells event.

“It’s tough,” she added. “I think it’s one of the toughest back to backs of the year. It’s the amount of matches and also the late matches that you’re playing.

“Also coming from different coasts, it’s not like just a hop. It’s a five-hour flight. And the conditions are completely different.

“It’s not easy. You do have a couple of days in between the matches, but it is one of the toughest back to backs for sure.”