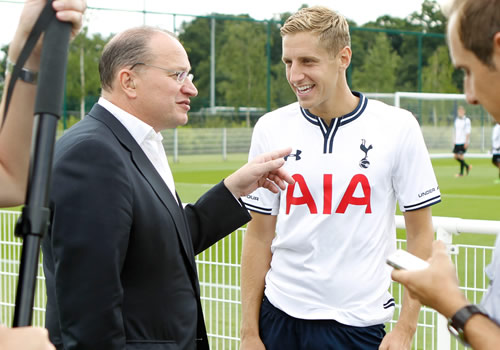 Michael Dawson has praised Tottenham’s fighting spirit after Spurs kept their top-four hopes alive with victory over Cardiff City ahead of their clash with Chelsea this weekend.

Roberto Soldado scored the only goal of the game as Spurs remained in fifth place in the Premier League following their Europa League triumph over FC Dnipro.

And Dawson feels that Tim Sherwood’s men are now in good shape heading into their London derby clash against Chelsea at Stamford Bridge on Saturday.

“We know Europe is tough, we went out to Ukraine, it didn’t go our way and then put in a disappointing performance against Norwich,” Dawson told Spurs’ website. “That result was a massive blow.

“We showed our fighting spirit against Dnipro after going 1-0 down just after half-time to come back and win and now it’s two wins out of two.

“It was a huge win and for Robbie to score, you could see the joy for him. We’re all in this together and he’s a top player. The fans gave him a fantastic reception and we’re all delighted for him.

“Now we look forward to Chelsea….”

Buffon: Prandelli is the spokesman of the Italian nation