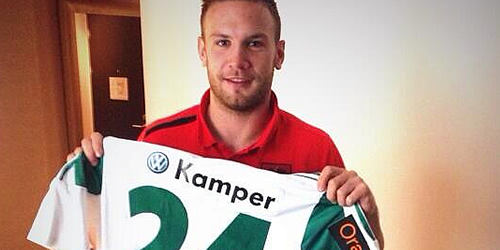 Ashley Westwood netted a thrilling equaliser as Aston Villa came from two goals behind to recover a 2-2 draw at West Bromwich Albion.

The Republic of Ireland international scored twice in the opening 11 minutes to put the Baggies in charge before Villa mounted a second-half comeback thanks to goals from Karim El Ahmadi and Westwood.

Here is the best of the Twitter reaction from the professionals, past and present, in chronological order to a thrilling midlands derby.

Ex-Liverpool striker Michael Owen (‏@themichaelowen) felt Villa were the architects of their downfall for Long’s second strike: “Great goals by Long. First goal was class. Bacuna and Guzan both at fault for the second goal.”

Former Liverpool centre-half Neil Ruddock (‏@RealRazor) praises Paul Lambert’s substitutions: “Can’t remember the last time I seen three subs come on all together, fair play to the Villa boss. Ok off to bed busy week ahead for the Razor.”

Ex-Wigan midfielder Kevin Kilbane ‏(@kdkilbane77) enjoyed watching his compatriot entertain – and a great derby game: “Two Great goals from @Shanelong009 tonight with second half comeback from Villa. Been a good weekend in the @premierleague”

Man United’s Ryan Giggs could ‘carry on’ past 1000th appearance