Monaco Grand Prix 2013: What lessons did we learn as Mercedes' Nico Rosberg led from pole to flag in an incident-packed race? 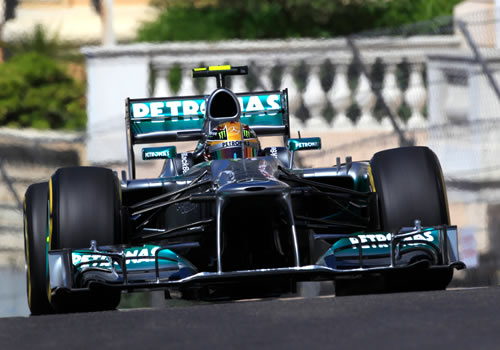 Nico Rosberg has long seemed an enigma in the Formula 1 paddock – easily capable of embarrassing a faded Michael Schumacher last year and continually respectable positions. That was only half the story for much of this season – the German had posted qualifying poles three times in a row yet before Monaco but had dropped out of the serious points by race end. Not so on Sunday – Rosberg controlled the race from start to finish, despite the notoriously difficult circuit and the mental strain caused by the huge amount of incidents. Taking the unique honour of becoming the first father-son Monaco victors, if Nico continues in this form, he may become a dominant force to rival Keke Rosberg.

If the F1 paddock represented a royal court, Sergio Perez was certainly the jester – the Mexican’s gung-ho and occasionally downright dangerous style caught plenty of attention. Jenson Button’s teammate was not prepared to take the role of subservient number two driver, aggressively shutting the door on team-mate Jenson Button, much to the former word champion’s fury. But Perez continued, aggressively forcing out Alonso and Raikkonen on the chicane, forcing his illustrious rivals to cut the corner, a move which cost the teammate his place. Though he got carried away in the end, forced into the barrier when trying to cut up the flying Finn on the hairpin, it appears Perez has that entertaining style which improves F1 as a spectacle.

Though this race was not quite as crash-heavy as the GP2 staged here recently – 14 cars were involved in a pile-up on the first corner – Monaco is still utterly unforgiving. On a less claustrophobic circuit, Perez may not have been forced into the barrier, Felipe Massa’s lock-up might have been recoverable and Max Chilton might have avoided Pastor Maldonado. But this is Monaco, and Monaco does not take prisoners – just the slightest loss in concentration from Chilton resulted in only the sixth Monaco red flag. This unique circuit is among the hardest in the calendar, and it lived up to that expectation – no doubt many drivers will welcome the upcoming Canadian Grand Prix as an old friend.