Marianne Bevis takes a look ahead to the 2015 Monte-Carlo Masters, with the likes of Novak Djokovic and Rafael Nadal in action 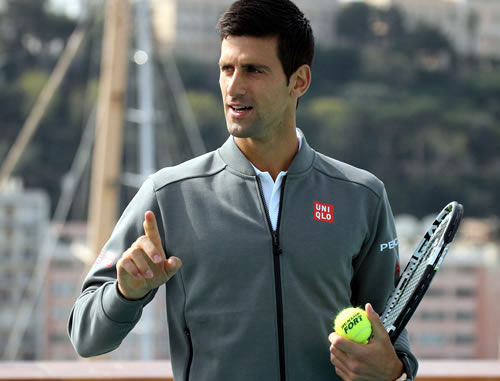 No matter how perfect the setting nor the conditions nor the record of one of the finest players ever to take to clay courts, Rafael Nadal cannot hold off one particular charge by the world No1 Novak Djokovic in the rankings.

This weekend, as the 56 men who have the pleasure of taking to the beautiful courts of the Monte-Carlo Country Club, the one who heads the ATP rankings by a staggering 5,300 points over No2 Roger Federer, will overtake Nadal for the number of weeks spent at No1… 142 and counting.

However when the draw was made atop the Yacht Club de Monaco, it was still the placing of Nadal’s name that drew most speculation: Would he be drawn in Djokovic’s half, setting up the prospect of a 43rd meeting, or would he be in the Federer half, setting up a possible 34th meeting?

The reason for the focus is simple: Nadal’s record when it comes to European clay is unparalleled, and on the burnt orange terraces of Monaco, he reigned supreme with eight back-to-back titles from 2005 to 2012. The man who halted that 44-1 run in Monte-Carlo? Djokovic.

In a difficult, injury-blighted 2014, Nadal also fell earlier than expected, to David Ferrer, in the quarters—his first loss in a decade to his compatriot. Even so, he still owns a 50-3 event record. 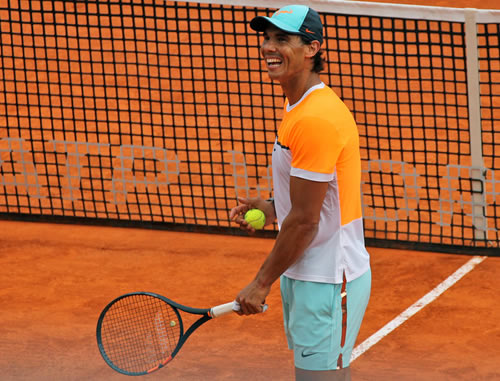 Rafael Nadal is currently No5 in the worldPhoto: Marianne Bevis

The other big question this year pertained to the very man who pulled the numbers from one of the most elegant trophies in tennis, Stan Wawrinka. For he it was who won the title last year, his first Masters title, only a couple of months after winning his first Grand Slam in Australia.

This year, with his Australian loss to Djokovic and early exits in Indian Wells and Miami, Wawrinka’s ranking has slipped to No9. Indeed only the absence of higher-ranked players ensured he was not an even more dangerous ‘floater’ for the top men as early as Round 3.

And as luck would have it, he drew himself into the same quarter as fellow Swiss Federer—the man he beat for only the second time in 17 meetings in the final last year. The first time? Also in Monte Carlo, in 2009.

So the three former champions in the draw all fell into different quarters. Would any or all of them make it to their designated semi places?

Could Nadal reclaim his ‘king of clay’ crown ahead of his campaign for a 10th French Open title?

Would Djokovic’s hot run of form—the three big titles of the year so far—and his burgeoning confidence carry him to a 10th clay title, a 23rd Masters—equalling Federer’s haul—and on towards the only missing Major from his resume, Roland Garros?

Or would one of Swiss steal the show again, Wawrinka finding some of his lost form, Federer looking to win one of the titles that has always eluded him?

2013 champion Djokovic arrives in Monte-Carlo on a 12-match winning streak and is aiming to win not just the difficult Indian Wells-Miami double but to add a third Masters in a row. He could face Nicolas Almagro in his first match, and the Spaniard is a clay expert, former world No9, and is returning from injury with a protected ranking.

Round 3 could pose Ernests Gulbis, who is suffering a slump in form, with just one win since last October, but he has proven himself on clay before, not least in last year reaching the semis of Roland Garros and Barcelona, and winning in Nice. But the Latvian will be tested: he will face Bernard Tomic or Lukas Rosol in the second round.

Djokovic’s potential quarter-final opponent is either Jo-Wilfried Tsonga, playing in only his second event this year, with just one match-win in Miami, or Marin Cilic. The US Open champion has played even less this year than Tsonga, losing one match in Indian Wells.

Cilic played a charity exho event today, and his shoulder looked in good shape, but it is hard to see him or Tsonga going deep so soon after their long injury lay-offs, especially with the fast-improving David Goffin and the unpredictable talent of wild card Mikhail Youzhny in the section.

Nadal also has a challenging opener, probably against one of big stars to burst through in North America, 21-year-old Dominic Thiem. The young Austrian, a quarter-finalist in Miami, has also been training in Switzerland with Federer this week, which is sure to sharpen his resolve and shot-making.

Nadal’s first seed is John Isner, who also rediscovered some form in Miami, but is unlikely to be a match for Nadal on clay, even though he has warmed up in Houston this week—and won the title there in 2013. This section also features the returning Viktor Troicki.

Nadal’s quarter-final line-up could be drawn from the survivor between two of the toughest running machines in tennis, No5 seed Ferrer or No10 seed Gilles Simon. Ferrer won both their matches this year, but in Australia it took four tough sets, and Simon won in four sets at last year’s US Open. Also here is the in-form Simone Bolelli.

Not only has Federer drawn defending champion Wawrinka, who beat him in both meetings here before, in his quarter, he has several trip-wires along the way. First could be Jeremy Chardy, ranked 35 and arriving from a quarter-final run in Houston. All three of their previous matches, all last year, have gone the distance, with Federer making an early exit in Rome in a third-set tie-breaker.

Federer’s third-round holds the unexpected wild card seed Gael Monfils, injured last week but always dangerous: He it was who had Federer on the ropes in the US Open last year and beat him with ease in the Davis Cup final—though Federer was carrying a back injury in December.

Should Monfils have any injury weakness, there are other strong players to note—the impressive teenager Borna Coric or Alexandr Dolgopolov, who pushed Djokovic to the limits in Miami last week.

Wawrinka’s segment is just as challenging, with an opener against the big-hitting Jiri Vesely or the returning clay-court veteran Juan Monaco—a finalist in Buenos Aires and quarter-finalist in Miami. 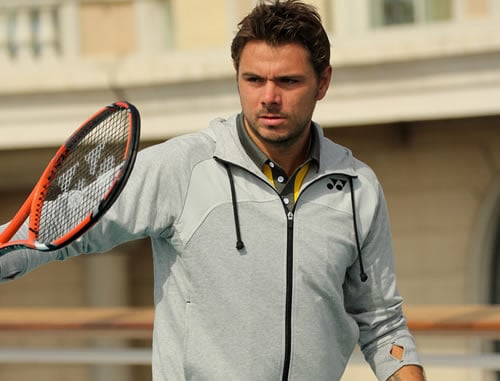 Stan Wawrinka is the defending champion in Monte-CarloPhoto: Marianne Bevis

Wawrinka’s first seed is scheduled to be Grigor Dimitrov, but the No9 seed has perhaps the most unpredictable run of all the seeds: First Fernando Verdasco—they share the honours in their two previous matches, both of them three-setters—then the winner between Jerzy Janowicz and Fabio Fognini, one of the first-round matches that promises fireworks.

But what should not be missed in this half is that Federer’s scheduled semi opponent is No4 Milos Raonic, who has given Federer plenty of trouble in the last year, including a tough three-setter in this year’s Brisbane final. Raonic also scored a win over Nadal in Indian Wells last month.

The young Canadian is scheduled to meet the classy clay expert Tommy Robredo in the third round and then the big No6 seed Tomas Berdych in the quarters—and Czech and Federer have shared their last four matches.

Also worth watching in this quarter are Adrian Mannarino, at a career-high 31 after two good runs in North America, and flair players Sergiy Stakhovsky and Philipp Kohlschreiber.