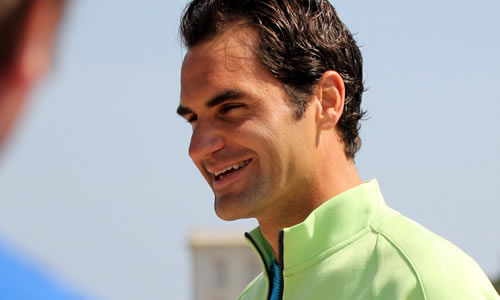 These are interesting times for Roger Federer.

But then few who have taken an interest in the tennis career of the Swiss star since he won his first title as a teenager way back in 2001, will be surprised that, even with his 34th birthday looming over the horizon, he is ringing the changes.

After a dip in form in 2013—back problems, early Wimbledon loss, beaten by unexpected opponents—he changed things up with a new racket, new coach, and intense off season.

And so rather than sliding out of contention come 2014, as some predicted the maturing father of rising-five twins would do, he bounced back in some style to reach the Australian Open semis, win the Dubai title and reach the Indian Wells final—taking in a Davis Cup tie along the way.

In the space of three weeks, he jumped from No8 to No4 in the rankings. By his 33rd birthday in early August, he had reached the Monte Carlo, Wimbledon and Toronto finals and won Halle. By mid September he had added the Cincinnati title, reached the US Open semis and helped Switzerland to the Davis Cup finals. By the end of October, he had the Shanghai and Basel titles, and went unbeaten at the World Tour Finals until withdrawing from the title match.

Indeed far from being done on the tennis stage, Federer came within touching distance of reclaiming the No1 ranking and, by the year’s end, had won more matches than anyone else on the tour.

For Federer, though, variety is clearly the spice of life. Not content with helping Switzerland win its first Davis Cup, he jumped into the inaugural IPTL—he’d never been to Delhi before—and played a Christmas charity exho with mate Stan Wawrinka. And rather than take his usual off-season holiday and training block, he headed straight Down Under for an exhibition with Lleyton Hewitt in Sydney on the back of winning the Brisbane title.

Little wonder, perhaps, that he was feeling the strain by the Australian Open and lost unexpectedly in the third round. Now, at the start of February—and contrary to the received wisdom of the tennis calendar—he would take his holiday.

So began another tennis year that danced to Federer’s own rhythm. 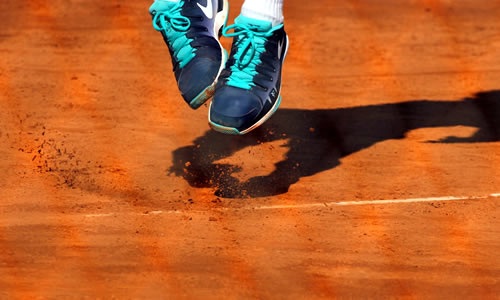 Back on the road, and having defended his Dubai title, he announced that more changes were to follow in 2015: He dropped the Miami Masters in favour of a packed clay schedule.

This terracotta season holds plentiful Masters, points and potential. Federer opted into the non-compulsory Monte-Carlo—though with the miles he has on the clock, Federer no longer has any ‘compulsory’ commitments on the tour—and in a new twist, he added the Istanbul Open, a 250 tournament making its debut on the calendar this year.

With Madrid and Rome to follow, that means four weeks of tennis in the space of five, with then just a week’s break before the start of the French Open.

There are personal ambitions embedded in this schedule, of course. Four times he has reached the final in Monte Carlo, losing three times to Rafael Nadal and last year to Wawrinka. Three times he has been in the Rome final, twice falling to Nadal.

But maybe there is one more thing going on here—even if it is an idea buried deep at the back of his mind—though in Dubai he denied that this full-on clay schedule was with an eye to the No1 ranking.

However, last year he missed Madrid for the birth of his twin boys and lost in his first match in Rome. So there are points to be made from Istanbul through to Paris.

He did admit that missing Miami had given him the flexibility to “change up my schedule… to either play a tournament more on clay, to practise more, allow a few more days off.”

And he went on: “A week in a tennis player’s life is a big deal so that’s why I decided to cut the hard court season a bit shorter, and give myself a bit more clay and honestly I always wanted to go to Turkey and play in Istanbul… was like, OK, that’s my trade off as well, it allows me to play enough matches going into the French Open and Wimbledon as well.” 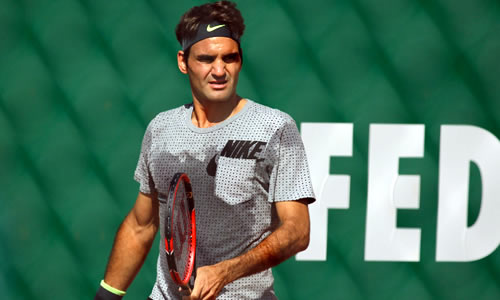 Federer reiterated that theme—change, forward planning, throwing in new places simply for the pleasure of it—this weekend in Monte-Carlo. Asked about the timing of his break, he explained:

“For me it was important because of what happened last year, how many tournaments I played. I didn’t base this decision [to drop Miami] on what I wanted to do this clay court season. It was almost something I had to do but also wanted to do, after playing so much last year and going from one tournament to the next. And after sporadic fitness and rest, I wanted to do it more in blocks.

“That’s why I’m happy I got a vacation behind me. In terms of fitness, I really needed a block, and I’ll do that again after Monaco when I come to Switzerland, then I might do some more after Madrid. We’ll see about Rome. That’s the plan, and I think that will work well ahead at the French Open, Wimbledon and beyond.”

Realistically, of course, it would take more than just a string of wins from Federer to reach No1. After all, how likely is it that Djokovic will fail to defend titles and points in Rome and Wimbledon after his dominant run so far this year? And Djokovic also has room to pick up points in Madrid, which he missed with injury last year, and has made no secret of his desire to win a first Roland Garros title.

Putting Djokovic’s hefty lead in the rankings alongside the traditional dominance of Nadal in this part of the world at this time of the year, nothing will come easy to Federer even with this creative and ambitious schedule.

But wherever this year’s red road leads, it would surely be sweet, at this stage of a career bursting at the seams with records and milestones, for Federer to tick off a fresh title, whether at the almost-won Monaco or Rome or by engraving the first name on a brand new trophy in Istanbul.

He has shown before that a change is as good as a rest, so yes, interesting times in the ever-evolving Federer story.