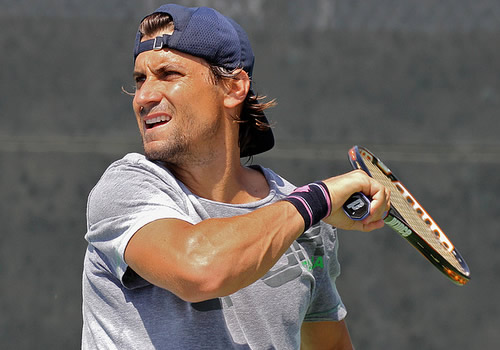 There have already been upsets at the Rogers Cup in Montreal this week. Seeds tumbled in the first round—No12 Nicolas Almagro was followed by an injured No14 Gilles Simon—and others followed in the second—No13 Fabio Fognini and No10 Tommy Haas also both compromised by injuries.

Perhaps less of a shock was Stan Wawrinka’s exit to the flamboyant rising talent of No27 Benoit Paire, but Wednesday evening saw the biggest name tumble before he had even got going.

No3 seed David Ferrer, already out of the doubles with partner Feliciano Lopez courtesy of compatriots Rafael Nadal and Pablo Andujar, was making his first singles appearance since his quarter-final at Wimbledon. He was also enjoying a career-high ranking above both Nadal and Roger Federer.

But a quick look at the Spaniard’s record at this tournament gave a clue to his fate. He was making his eighth appearance here, his first in three years, and had only once reached the third round, in 2008. Indeed he had never won back-to-back matches at the Rogers Cup—a quite shocking statistic from a man who has twice reached the semis of both the Australian Open and US Open, reached the final in Miami earlier this year, and arrived in Montreal with a 16-4 record on hard courts in 2013.

It was an ignominious loss to qualifier and world No83, Alex Bogomolov Jr, 6-2, 6-4, and left the No5 seed, Tomas Berdych—who made light work of the rather tougher Alexandr Dolgopolov, 6-3, 6-4—as the only seed in the third quarter of the draw. It also meant that the Czech could be the one lined up to meet Andy Murray in the semis.

Before Berdych, Murray could expect to face No6 seed Juan Martin del Potro in the quarters, but the big Argentine almost went the same way as Ferrer. However, he perhaps had some cause to be below his best, arriving just this Monday after winning the Washington 500 last weekend.

He faced the man who knocked out Nadal in the second round here two years ago, the 35-ranked Ivan Dodig. Del Potro fought back from a double break down in the third set as Dodig served for the match. It took the Argentine two hours 18 minutes to advance, 6-4, 4-6, 7-5, only to earn him another mountain of a challenge in home favourite and No11 seed, Milos Raonic.

The Canadian, who struggled to find his form against Jeremy Chardy in his opener, looked a different player in sailing past the recent Gstaad champion and Halle finalist, Mikhail Youzhny, 6-4, 6-4, in 73 minutes. He lost just eight points on serve and delivered 18 aces.

Raonic and Murray played three times last year, and the Canadian won in Tokyo and Barcelona. And although the 22-year-old, 6ft 5in Raonic has not enjoyed the best of form since winning San Jose in February, there is no question that he has risen to the demands of his home crowd this week.

So Murray can expect to face a powerful, big-hitting game in the quarters, but he has a stern test before he can consider that. For both he and Nadal face two of the danger men in the draw in their second matches. 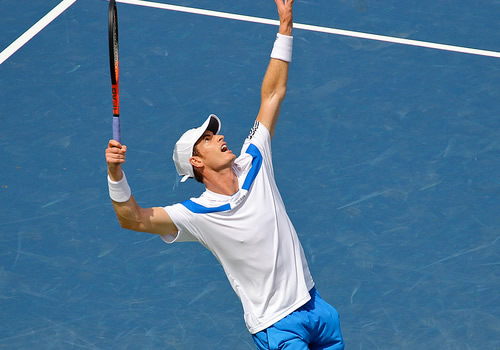 Murray took on the firebrand talent of Ernests Gulbis, a young player—he is still only 24 though he reached his career-high ranking of 24 back in 2011—with an attitude, a broad fan-base and the ability to play big, charismatic tennis. This year, too, he has regained much of his form after something of a slump, and came to Montreal with a 13-3 run on hard courts.

And if danger lurked for Murray, it also lurked for Nadal, who took on another big man with a big personality unafraid of expressing his opinions.

Nadal looked in very good shape in dismissing Jesse Levine for the loss of just two games in his first match, but the No15 seed Jerzy Janowicz promised to be a different proposition. The 22-year-old Pole has surged from outside the top 100 to inside the top 20 in the space of a year, reached his first Masters final in Paris last October, and made an outstanding run to the semis of this year’s Wimbledon.

With a big serving game and agile, all-court shot-making, he could prove a surprise package for Nadal in their first meeting.

The survivor, though, is guaranteed an unseeded player in the quarters and, most in Montreal assume, a shot at No1 Novak Djokovic in the semis. The Serb will be the last man in the draw to play for a quarter-final place, scheduled last on Centre Court.