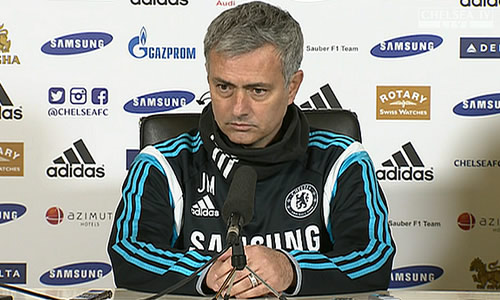 Jose Mourinho has revealed that Chelsea have no fresh injury concerns ahead of their FA Cup clash with Bradford on Saturday.

The west London club host the League One side at Stamford Bridge in the fourth round of the competition and Mourinho was delighted not to have any fitness worries.

“I don’t know what’s going to happen after tomorrow. At the moment we have this reason to be smiling because we don’t have injuries. In this moment, it’s really good.”

Mourinho did, however, reveal that he is planning to rest captain John Terry for the fourth-round tie.

The Portuguese coach, whose side are five points clear at the top of the Premier League table, also said that Petr Cech will start Saturday’s game ahead of Thibaut Courtois.

Chelsea host Bradford before the return leg of their League Cup semi-final tie with Liverpool on Tuesday after a 1-1 draw at Anfield earlier this week.

The Blues then take on Manchester City at Stamford Bridge in the Premier League at the end of the month.