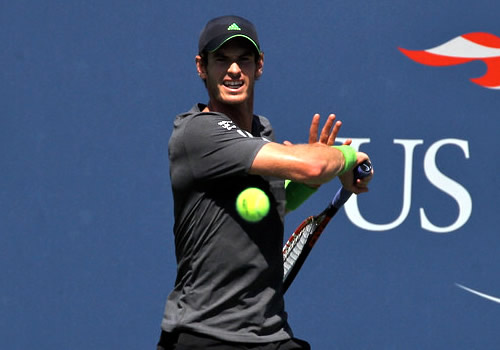 Here is a selection of the best social media reaction from the professionals from the US Open on Wednesday.

Murray issues a rallying cry ahead of his match against world number one Djokovic:

Former world number one Victoria Azarenka (@vika7) reflects on their straight sets lose to Makarova: “The important thing is what u do with it! And there is no stopping for me for what I believe and dream about! Next step and many more to come! I’m ready for whatever… Thank u all for the support and well done to my opponent today! Well deserved! #usopen”

Chris Evert is happy to welcome Williams to her studio as the world number one aims to equal her compatriot’s 18 Major titles:

Always fun visiting with @serenawilliams after her matches…focused and hungry for her 6 th US Open crown… pic.twitter.com/cP5IG6AZwz

So fun catching up with @RedHourBen (Ben Stiller) tonight at the @usopen pic.twitter.com/MUh3Lt497F