Nadal out, Federer in for India team in first ground-breaking IPTL 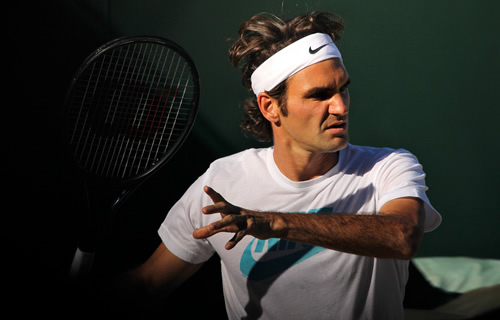 No sooner had he announced that Rafael Nadal, his headline act for the India-based team Micromax Indian Aces, had been forced to withdraw…

“We regret to announce that due to health reasons, #RafaelNadal will not be playing in the #IPTL. We’re rooting for you, #GetWellSoonRafa!”

… he followed it with even bigger news: The Spaniard’s place would be taken by Roger Federer.

Nadal’s withdrawal from the tournament, which will take in four cities across the Middle East and Asia in the first fortnight of December, is said to be precautionary after missing the entire North American US Open Series with a wrist injury that has sidelined him since his fourth-round exit at Wimbledon.

The French Open champion is scheduled to return to the tour for the Asian swing, beginning with the China Open in Beijing next week followed by the Shanghai Masters, before returning to Europe for the indoor season that culminates at the World Tour Finals in London.

As for Federer, it will be a dream come true for his huge fan following in India—but perhaps a surprise decision bearing in mind that the world No3 has already won more matches this season than anyone else, is lined up for Shanghai, Basel, the Paris Masters and the World Tour Finals, and on top of that, is part of Switzerland’s bid for a first Davis Cup in Lille.

Last week, Federer also announced he would be playing Stan Wawrinka in Zurich in “The Match for Africa 2” in aid of the Roger Federer Foundation. It would seem that the 33-year-old father-of-four has been re-energised by missing so much of last year with back injury, and perhaps also by his link-up with his childhood idol Stefan Edberg as ‘inspiring’ coach.

Federer will surely have been encouraged to opt into an event aimed at raising the profile of tennis in the burgeoning Asian market as much by the company he will keep as by his own huge fan-base. The retired 14-time Grand Slam champion Pete Sampras is also making his debut playing appearance in India for this Delhi-based arm of the four-team event.

The format is also very player-friendly, designed as it is to appeal to new and old fans as well as international broadcasters. Each match comprises five sets, but with only one being played by each member of the team:

The other three teams will be based in Manila, Singapore and Dubai, with each of the four hosting one of the legs of a competition that is predicted to net $29.7 million in prize money.

Victoria Azarenka was in the original line-up for the Philippines, but is now replaced by Maria Sharapova.