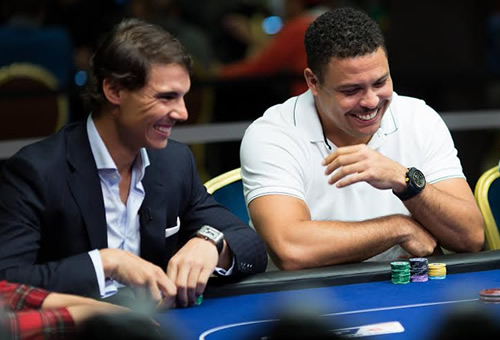 Fourteen-time tennis Grand Slam champion Nadal, who will be in London to prepare for the prestigious end-of-year ATP World Tour Finals at the O2, has accepted the challenge, with the game scheduled to be broadcast live from London on Thursday 6 November.

In recent months, Nadal has taken a short time-out from playing poker in a live environment, and has also been absent from the tennis stage with a wrist injury since losing in the fourth round at Wimbledon this summer. However he is now set to return to both arenas: as well as the poker table, Nadal is scheduled to play at the China Open in Beijing later this month followed by the Shanghai Masters in October.

Nadal and Ronaldo first clashed at the poker table last December in the European Poker Tour Prague Charity Challenge, which raised €100,000 for charity. On that occasion Nadal claimed the victory, seeing off the likes of Daniel Negreanu—the highest-earning live tournament poker player of all time—along with Ronaldo, en route to winning the six-man tournament. 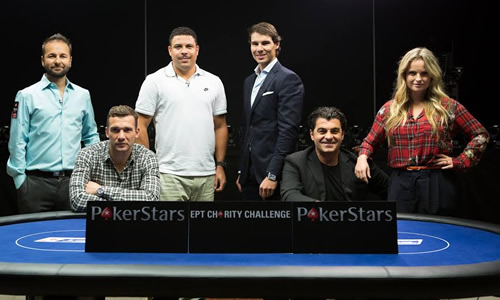 Nadal said: “It was my first live poker tournament when I last played against Ronaldo and one year later I’m more confident with my skill level. I really enjoy playing poker and the challenge of learning as quickly as possible, so I can’t wait to get back into training on my game and to play against Ronaldo.”

Ronaldo added: “I challenged Rafa to a rematch after finding out he was preparing for another live poker game. The last time we played together, Rafa won the match and it was a lot of fun. This time it will be different, though, because I have been improving on my own poker strategy and will be more prepared.”

Nadal vs The World

In preparation for “The Duel”, Nadal will take on all-comers on 22 September in a play money six-max Zoom poker session on PokerStars. The last time he took on ‘the world’, he won narrowly won 20-18.

This will be broadcast live on YouTube and PokerStars.tv, with viewers invited to ask questions throughout the session using the #AskRafa hashtag.